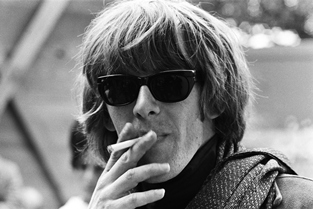 The news was confirmed by his longtime publicist and friend Cynthia Bowman, who said that Kantner died of multiple organ failure and septic shock following a heart attack earlier this week.

Jefferson Airplane formed in 1965 when Kantner met singer Marty Balin at a San Francisco club called the Drinking Gourd. They then recruited vocalist Signe Toly Anderson, guitarist Jorma Kaukonen, and bassist Jack Casady, with singer-guitarist Skip Spence brought in to play drums (because they thought he looked like a drummer). The band soon gained a following in the Bay Area and signed to RCA Victor, putting out their debut LP Jefferson Airplane Takes Off in September 1966.

Following the release of their first album, Anderson and Spence departed, replaced by Spencer Dryden on drums and former model Grace Slick on lead vocals. With this lineup, the band wrote and recorded their 1967 breakthrough Surrealistic Pillow, which included their signature hits “Somebody To Love” and “White Rabbit” and popularized what became known as the “San Francisco sound.” They went on to release a string of successful albums and perform at iconic countercultural music festivals like Woodstock, the Monterey Pop Festival, and the disastrous Altamont Speedway Free Festival.

He revived Jefferson Starship in 1992, and they remained a viable touring act. Jefferson Airplane were inducted into the Rock and Roll Hall of Fame in 1996.

"He was the first guy I picked for the band and he was the first guy who taught me how to roll a joint,” Balin wrote of Kantner on his Facebook page. "And although I know he liked to play the devil’s advocate, I am sure he has earned his wings now""

Kantner is survived by his three children, sons Gareth and Alexander and daughter China. Revisit some of his work below. 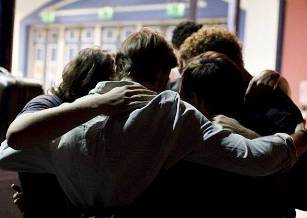 London indie rock/pop band  Bombay Bicycle Club have announced that they are taking a break (not breaking up) to try something else.

The band confirm the news in a statement, saying:

Dear all,
The four of us wanted to fill you in on what is happening with the band at the moment. Right now we aren’t working on any new music and don’t have plans to do so any time soon. We aren’t breaking up, but after ten years of doing this—and it being the only thing we’ve known since the age of 16—we thought it was time for all of us to try something else. For a band that has been together for such a long time, we are all still incredibly close and probably get on even better than we did when we started the band. Fortunately, you won’t have to wait too long for new music from us: Jack and Ed are both working on their own respective albums—they are different but equally exciting. Jamie has just made a documentary for Radio 1 about protest songs; returned to university; and is attempting to take over the world of music management. Suren is playing drums for anyone who is lucky enough to be able to get him, while we also expect a solo jazz album from him at some point—we’re assuming vibraphone interpretations of classic grime tracks, or some variation on that theme.
Love,
Bombay xxx

BBC's latest LP 'So Long, See You Tomorrow' was released in February 2014. Re-visit "It's Alright Now", a track from that record, below.

Watch: The Raveonettes Air Lyric Video For New Single "This World is Empty (Without You)" 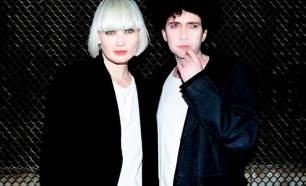 Danish indie duo The Raveonettes have aired a lyric video for their brand new single "This World is Empty (Without You)".

The duo took their FB page to announced they will release one track every month this year:

"Every month throughout 2016, we'll be dropping a freshly recorded track. We're creating an 'anti-album,’ - taking you on a 12-month expedition, potentially schizophrenic and disjointed, potentially cohesive and related. Join us for the RAVE-SOUND-OF-THE-MONTH!"

The single is out today (January 29) via Beat Dies Records. Grab it here, and check out the clip below.

Email ThisBlogThis!Share to TwitterShare to FacebookShare to Pinterest
Etiquetas: Beat Dies Records, lyric video, New Entry, new single, The Raveonettes, This World is Empty (Without You)

Watch: The New Investors Reveal "No One Cares" Music Video 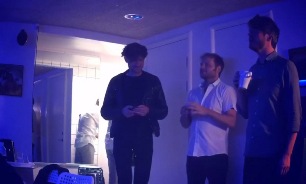 Yesterday Danish psychedelic pop band The New Investors unveiled their brand new single "No One Cares", now they have revealed the visuals.

The video was edited by Morten Hoffman. Watch it below.