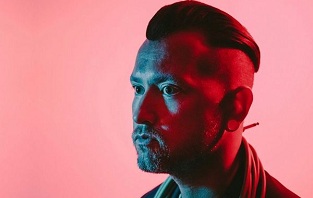 The song is out today (March 17). Get it here
From Trevor: "There are few things more rewarding for me in life than sharing the music I make with other humans. This one is an especially big deal for me because I wrote it to help myself push through these incredibly difficult times and my hope is that it brings a bit of encouragement for all of you too."

Watch: POLICE CAR COLLECTIVE Drop "I THINK I THINK TOO MUCH!" 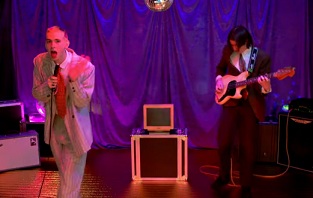 Liverpool indie rock/pop band POLICE CAR COLLECTIVE have dropped the video for their new single "I THINK I THINK TOO MUCH!".
The song is taken from their forthcoming EP '1980', set to arrive on 18th June. Get it here.
Speaking about it, the band’s Tyler says: "I wrote it after I had started dating my girlfriend but was sort of unsure about if I made the right choice. In any situation like that but especially when you’re young I think you get caught up in this never ending loop of self-doubt and uncertainty with any major life change. This song was just me trying to get that feeling out.” 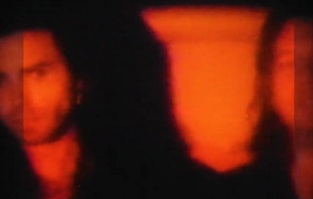 Los Angeles new wave/post punk/synth pop duo Second Skin (aka Brian Tarney and Brian DaMert) have revealed their debut single "Colder", and its accompanying video.
The song, written and recorded in total isolation during the early and darkest days of the pandemic in Spring 2020, is out today (March 19). Get your copy here.

From the duo: “While the world was at a complete standstill we found ourselves dreaming of a new era…one of optimism…beyond the dark days and into a new era.”
Watch/listen below. 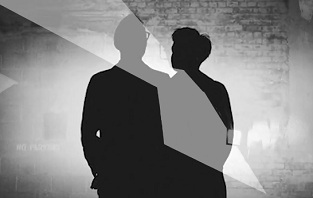 Dayton, Ohio dance-punk/garage punk band All Hallowed have unleashed the video for their latest single "Kill".
The song is taken from their new EP 'All Hallowed', out today (March 19) through Friend Club Records. Get your copy here. 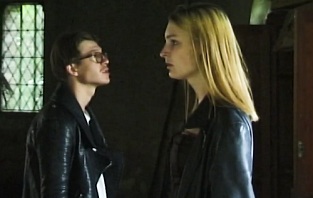 French post punk/coldwave artist Dean Didn't Care has unveiled the video for his latest single "The Last Time" featuring Pensée Pommier.
The song is part of our current playlist and is taken from his debut EP 'Television', released last month  (February 27). Get your copy here. 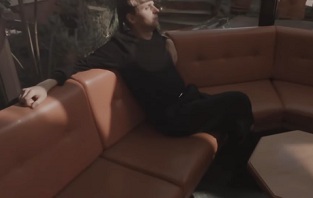 Switzerland cold wave/dark wave/synth punk band Veil of Light have shared the video for their new single "Suburban War".
The song is taken from their forthcoming fifth studio album 'Landslide', set to be released on April 2 via Avant! Records. Pre-order your copy here.
Watch/listen below. The song is out today (March 19). Grab it here and stream it below. 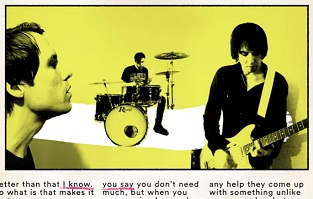 English indie rock band The Cribs have aired the video for their latest single "Siren Sing-Along".
The song is part of our current playlist and is  taken from their eighth studio album 'Night Network', which came out in November 2020 through Sonic Blew/[PIAS]. Buy your copy here. 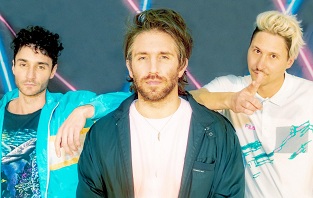 The song is out today (March 19). Grab it here and take a listen below. 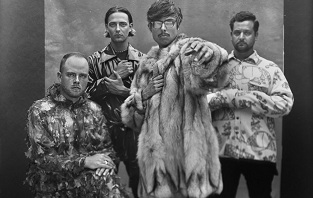 The song is out today (March 19) via Cultco Music/Hollywood Records, Inc. Get it here.
Watch a lyric video below. 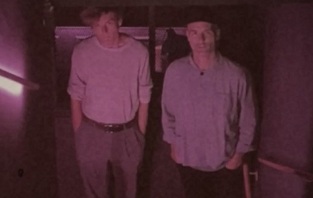 Ann Arbor, Michigan synthpop/synthwave duo Same Eyes (aka Chad Pratt and Alex Hughes) have unleashed the video for their brand new single "Mass Infatuation".
The song is out today (March 19) through Desperate Ones. Grab it here.
Watch/listen below. 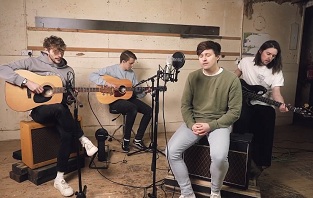 English indie/alt pop band Crystal Tides have revealed a live video capturing an acoustic performance of their latest single "Headcase".
The song is part of our current playlist and is taken from their forthcoming EP 'Eat Your Words', due out May 28th (TBC) via Singing Light Music. Get it here.

Although on the surface 'Headcase' is an upbeat indie-pop song, the track has a deeper meaning. Speaking of the inspiration behind the track the band commented, “Headcase is about being led on by a person who is obviously using you which causes you to go a little bit insane. The emotions you deal with alongside the mental battle inside your own head because you can't figure out why you can't stop thinking about that one person despite the fact they’re just playing with your head. You know it's wrong but you think somehow you can make it work”.
Watch the video below.