Watch: Funeral Suits Unveil New Video For "We Only Attack Ourselves" 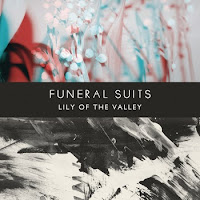 Irish band Funeral Suits have unveiled the music video for their latest single "We Only Attack Ourselves" taken from their debut album 'Lily of the Valley', out now via Model Citizen Records.

About the video the band explained: "We worked with Jonathan Irwin on a video for another song called 'Florida' an age ago. We were talking about doing another video for 'Stars are Spaceships' with him but that changed to 'We only attack ourselves' pretty early in the process. Its maybe the most stripped back track on 'Lily of the Valley'. Me and Brian recorded the first demo of it in the bathroom of a house i used to live in and never changed it to much from then on. Jonathan Irwin approached us with a treatment that just blew us away. He, Michael Donnelly and Piers McGrail shot the video in 2 1/2 days in Dublin. We spent pretty much the entire budget on the shoot, leaving a grand total of zero Euro for post-production. Jonathan completed all the effects, animation and comping over 3 months. We love working with different people on things like videos and art. We see it as a chance to collaborate on similar interests and just to be involved and inspired by other creative people."

The video was directed by Jonathan Irwin. Watch it  below.