Faithless To Split Up 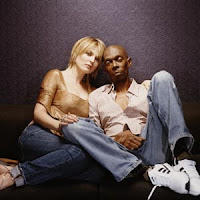 The 'Insomnia' dance group announced they will go their separate ways after 15 years together after their preset tour ends on April 8.

Singer Maxi Jazz made the announcement on the official Faithless website. "After 15 years and six albums I think we've probably made our collective point by now and that it's time to close the book and return to the library" he said.
Continuing, the Faithless rapper thanked fans for their support throughout the band's career. "We've had, with you (fans), the most unbelievable, epic and moving experience, stretching over years and tens of thousands of miles. Joyful, exhilarating and empowering, we never for a moment thought an affair could last this long."
The group is completed by DJ Sister Bliss and producer Rollo, who does not appear with the band for live shows.

Faithless released their first single, 'Salva Mea', in 1995 and quickly became one of the most popular electronic acts in the UK. Their single 'Insomnia' became s a top three hit in 1996 and they had seven top ten hits in total, including 'God Is A DJ' and 'We Come 1'. They group's released their last album 'The Dance' last year' in 2010.
Announcing a final European tour, Faithless have confirmed three British shows:
April
4 Glasgow O2 Academy
7 London O2 Academy Brixton
8 London O2 Academy Brixton
Publicado por KOOL ROCK RADIO en Thursday, March 17, 2011 No comments: