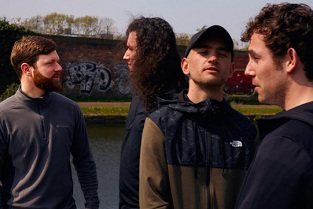 Liverpool indie rock band RATS have released their new single "Patsy Decline".
Lyrically, RATS take on all of the drama, turmoil, joy and celebration that comes with living in our modern society. The full breath and power of RATS becomes even more evident when on stage, where they’ve been hailed by fans and critics for sounding record-perfect in the live arena, but with the spine-tingling and raw delivery. Stirring righteous punk rock energy inspired by The Clash with the classic melodies and the intelligence of Britpop-era Blur with the psychedelic edge of Pink Floyd and the indie-rap rhymes inspired by Eminem, Liverpool quartet RATS are poised to become the city’s next life-affirming band.
‘Patsy Decline’ immediately bursts into life with an insistent, spiralling riff that revitalises the indie anthem tradition. Frontman Joe Maddocks’ mixes a touch of Jamie T’s cadence with elements of Mike Skinner’s observational wordplay as he captures the chaos and confusion of an epic night out in which it inevitably ends with Patsy drunkenly singing ‘There She Goes’, in a taxi. The song was recorded at Liverpool’s renowned Parr Street Studios with producer Chris Taylor (The Lathums, Blossoms) and was mastered by Christian Wright at Abbey Road. Speaking of the new single, Joe says, "We wrote this song to try to encapsulate what happens when we go out on a night out in our hometown of Liverpool - enjoy!” As for the memorable band name, the singer says, “Somebody sprayed it on our old studio door after a party where there was an argument and that’s when I first saw it as a name haha!”
The song is out today (November 18) through This Feeling Records. Grab it here and stream it below. 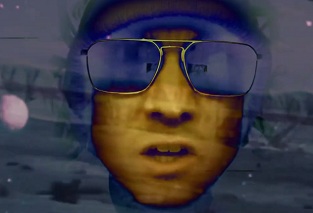 Sydney indie rock/alt/shoegaze band The Laurels have unleashed the video for their newest single "Ex-Sherpa".

The song is part of our current playlist and came out last month (October 14) via Third Eye Stimuli Records and is another taste from their upcoming third album 'Homecoming'. Grab it here.

Self-described as Funk-Infused Psychedelia, ‘Ex Sherpa’ runs for around five and half minutes and leads the listener up into high altitude with grooving electric piano stabs, flowing vocal melodies and thumping Manchester drum patterns. Once again the band has re-emerged, this time from involuntary hiatus, delivering the reintroduction we all needed through a meditation on Eastern vs Western thought and the connected nature of the inner and outside world.
Watch the video below. 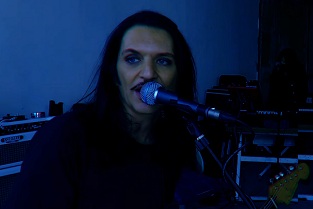 UK alt-rock band Placebo have revealed the video for their latest single "Surrounded By Spies".
The song is part of our current playlist and is taken from their forthcoming eighth studio album 'Never Let Me Go'.
Talking about ‘Surrounded by Spies’, vocalist Brian Molko says:
I began writing the lyrics when I discovered my neighbours were spying on me on behalf of parties with a nefarious agenda. I then began to ponder the countless ways in which our privacy has been eroded and stolen since the introduction of worldwide CCTV cameras that now employ racist facial recognition technologies; the rise of the internet and the cellphone, which has turned practically every user into a paparazzo and spectators in their own lives, and how we have mostly all offered up personal information to enormous multinationals whose sole intent is to exploit us.
I used the cut-up technique invented by William S Burroughs and popularized in modern song by David Bowie. It’s a true story told through a lens of paranoia, complete disgust for modern society’s values and the deification of surveillance capitalism. The narrator is at the end of their tether, hopeless and afraid, completely at odds with our newfound progress and the god of money.
Watch the video below. 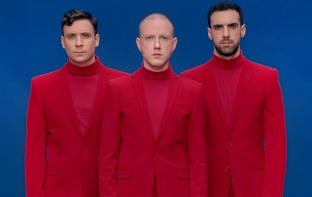 The song features on their latest album 'False Alarm'(2019). Get the remix here.