Watch: Made In Japan Reveal Music Video For "History" 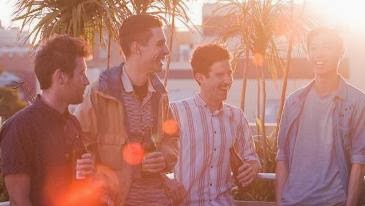 Australian dream-pop band Made In Japan have revealed the video for "History", the second single taken from their upcoming sophomore album 'Tame All Those Thoughts'.

The follow-up to their 2012's debut album 'Sights and Sounds', was recorded and mixed entirely by the band in their home-made studio, the album is due out on November 1.

The video was directed by Tim Russell. Watch it below.