"Belsen Was a Gas" is one of the most controversial songs in the Sex Pistols catalogue,  it was originally written by Sid Vicious prior to joining the band, with added input from Johnny Rotten it became part of the bands live set from December 1977 onwards. 35 years later, the track that has never been aired before with John Lydon's vocals is streaming for you to listen to for the first time ever.

Here it is below.

The demo was presumed lost but has now been restored for use on the forthcoming 35th anniversary super deluxe box set release of the seminal "Never Mind The Bollocks, Here's The Sex Pistols" album through Universal Music UK this coming September 24th..

The demo was recorded at the Pistols Denmark Street rehearsal room by their soundman John 'Boogie' Tiberi on a TEAC four-track and adds reverb to Rotten's vocal.

"John decided to work on 'Belsen' with Sid, rearranging the lyrics while Steve and Paul worked on the track and I wired up Denmark Street to put it down to a 4-track," remembers John Tiberi. "It really shouldn't have to be said but that’s Sid on bass. It was very clumsy, no monitors, sound insulation was non-existent. I think they all enjoyed doing it outside of the Wessex environment, which had by then become quite oppressive. When I played it to (Pistols producer) Chris Thomas he probably thought I was barmy and couldn't understand the reverb vocal, but that’s the way John wanted it. I thought it was good as a kind of sketch idea."

The controversial subject matter and dark humor of the song was designed to upset and provoke and is certainly an interesting footnote to the Sex Pistols finite catalogue of songs.

You can pre-order your copy of the most influential album in British music history HERE. 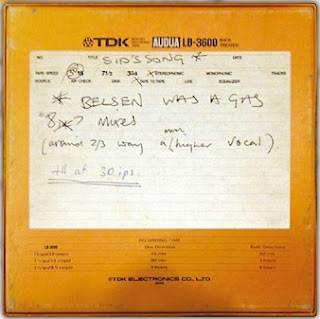 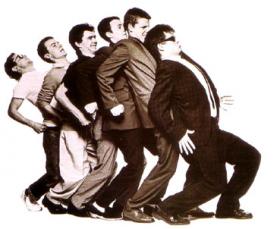 The band are preparing themselves for the 'Charge Of The Mad Brigade' Winter Tour 2012. It is the band's biggest tour to date and will see the them showcase tracks from the new album as well as all the fans favorite hits. The tour starts in Cardiff on November 30th and will take in twelve dates including two shows at London's O2 Arena.

The artwork for the album has been designed by the legendary British Artist Sir Peter Blake. Watch it below. 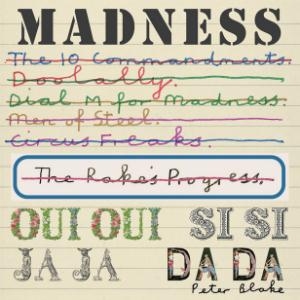 Watch: The Raveonettes New Video For 'The Enemy'

The Raveonettes have unveiled the video for their new single "The Enemy" taken from their recently release new album 'Observator'. The song is part of our regular rotation www.koolrockradio.com

The video was directed by Imogen Prado.
Watch it below. 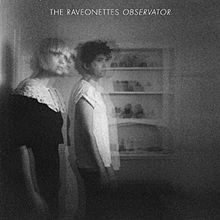