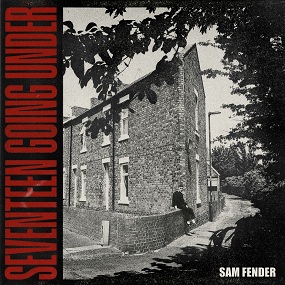 Newcastle indie rock musician Sam Fender has announced the release of his second studio album 'Seventeen Going Under'.
The follow-up to 2019's critically acclaimed debut Hypersonic Missiles, was produced with Bramwell Bronte and will be released on October 8th through Interscope Records . Pre-order your copy here.

Seventeen Going Under finds Sam turning the mirror on himself; his adolescence and the trials and tribulations of growing up. It’s a relatable journey that careers through an often misspent youth, navigating tumultuous relationships with both friends and family, and trying to figure out what comes next and how to get there. North Shields is the ever-present backdrop for these deeply personal vignettes of a young life travelling breathlessly from nought to sixty, hauling on the breaks and zipping back again from where he started. Over the course of the record, these stunning songs chronicle all the cherished memories, tricky encounters, and events that Sam cannot unsee.
It’s the story of a young teen losing not only his innocence, but then finding strength to stagger blindly into adulthood and all that entails.
The title track condenses that narrative into a few minutes of chest-thumping, heart-swelling pride. Seventeen is a classic age that has resonated and inspired songwriters for years, and Seventeen Going Under can be added to that cannon. It's an emphatic, soaring guitar song that collates the struggles of unemployed life, but also the daftness of age where you otherwise have little to fear and the world at your feet. It's an explosive return. 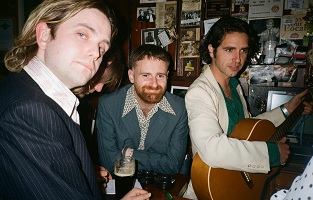 The remix is out now through Partisan Records, the original version of the song features on their second studio album "A Hero's Death", released in July 2020. Get it here.
“Fontaines D.C… what can I say except they exude authenticity. One day in Rotterdam in mid-July 2020, I got an Instagram direct message from the label offering me the vinyl as they spotted I was a fan. Within a day, it was established that a remix also made sense too, so out of the blue came something wonderful.” – Dave Clarke

Amyl and The Sniffers Announce New LP 'Comfort To Me', Stream "Guided By Angels" 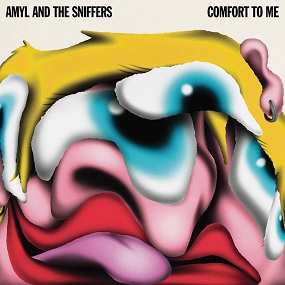 Melbourne punk /rock band Amyl and The Sniffers have announced the release of their sophomore album 'Comfort To Me'.
The follow-up ro 2019' self-titled debut, will be out on September 10th via Rough Trade Records (UK/Europe), ATO (North America), featuring their punchy new single "Guided By Angels". Pre-order it here.
Written over a long year of lockdown, the album was influenced by and expanded on a heavier pool of references – old-school rock’n’roll (AC/DC, Rose Tattoo, Motörhead and Wendy O Williams), modern hardcore (Warthog and Power Trip) and the steady homeland heroes (Coloured Balls and Cosmic Psychos).
Lyrically, the album was influenced by Taylor’s rap idols and countless garage bands. Seventeen songs were recorded in the Comfort to Me sessions and the top 13 made the cut. They were mixed long-distance by Nick Launay (Nick Cave, IDLES, Yeah Yeah Yeahs) and mastered by Bernie Grundman (Michael Jackson, Prince, Dr Dre).
In her own words, Amy Taylor says of the record, “If you have to explain what this record is like, I reckon it’s like watching an episode of The Nanny but the setting is an Australian car show and the Nanny cares about social issues and she’s read a couple of books, and Mr Sheffield is drinking beer in the sun. It’s a Mitsubishi Lancer going slightly over the speed limit in a school zone. It’s realising how good it is to wear track pants in bed. It’s having someone who wants to cook you dinner when you’re really shattered. It’s me shadow-boxing on stage, covered in sweat, instead of sitting quietly in the corner”

Email ThisBlogThis!Share to TwitterShare to FacebookShare to Pinterest
Etiquetas: Amyl and The Sniffers, Punk, rock & roll 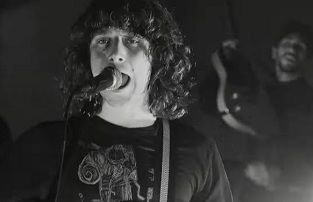 Stockport psych pop-rock band Fuzzy Sun have unleashed the video for their newest single "Fake It".
The song is part of our current playlist nad is out now. Buy it here

Speaking about it, vocalist/guitarist Kyle Ross says: “We wanted to make an impact with the new single, pushing a new creative direction for the band, as I think we have really found a sound that excites us and we feel comfortable with.”
“The song itself is about feeling rather disenchanted with society and putting on a brave face when in fact you feel the complete opposite, which is something we can all relate to. It was inspired by a dark time, with the hope of things getting better.” He adds.