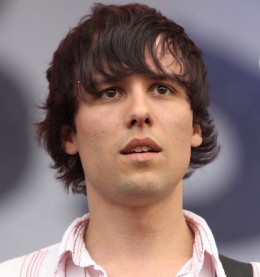 The Cribs singer and guitarist, Ryan Jarman has revealed  that his new New York-based side-project will be called "Exclamation Pony"  .

Jarman has been working on the new band with Jen Turner, once of Here We Go Magic. According to reports they have already completed an album of new music after a busy period of studio sessions. A handful of gigs for the duo around New York recently included a spot supporting The Vaccines.

"The whole point of what we're trying to do is be very liberated, to be able to do what we want and live how we want – we live at the end of the day, we find we write better at the night, late at night or seven in the morning" Jarman said in an recent interview.

"That really adds a whole different feel to it. It suits both our characters better. We both live at the other end of the day anyway."
Publicado por KOOL ROCK RADIO en Wednesday, September 26, 2012 No comments: