The Lost Patrol To Release New Album 'Driven' This Month 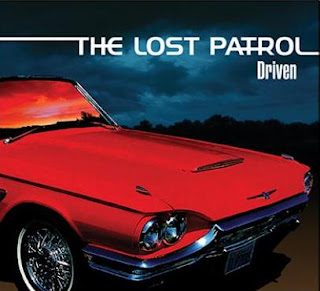 The Lost Patrol is set to release their brand new album titled 'Driven' anytime this month.

The follow-up to their 2011's Rocket Surgery, marks album number four with Mollie Israel as lead vocalist. Israel along with multi-instrumentalists Stephen Masucci and Michael Williams, have managed to craft another batch of eclectic, yet accessible, widescreen soundscapes.

From the synth-laden, reverb-drenched "All Tomorrow’s Promises,” to the B-movie sleaze of their psychobilly, à la Cramps show-stopping number, “See You In Hell,” and their 60’s girl-group, “wall of sound” opus, “In Too Deep,” The Lost Patrol has a little something for everyone on this CD.

With 'Driven', The Lost Patrol expands upon the sound that has made them who they are, but veers off-road in some new directions.

“We wanted to experiment with sound and arrangement ideas that we hadn't tried in the past. We also wanted to encourage Mollie to experiment more as vocalist and a writer. I feel the
CD succeeds on both levels,” says Stephen Masucci.

The Lost Patrol new album will be available soon. We'll keep you updated.