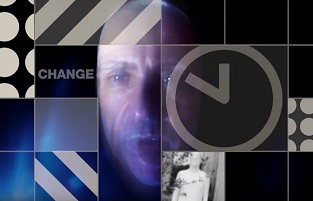 Canadian post punk/wave band Handful of Snowdrops have dropped the video for their latest single "Change My Mind".

The song is part of our current playlist and is taken from their recent EP of the same name, released in Amy. Grab your copy here. 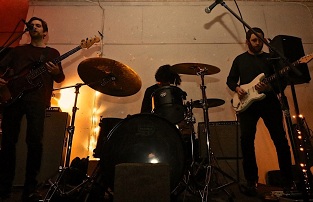 Canadian post punk/alt band Puritans have released their new single "Blank Slate".
The song is taken from their upcoming EP 'Puritans', which will be available on July 2. Pre-order your copy here. 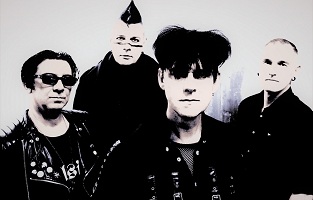 The songs are taken from their new EP 'Big Brother', featuring remixes from the notorious John Fryer, Tom Shear of A23, DJ Fn1 and one of Ronny Moorings, out today (June 25) through Metropolis Records in North America and Trisol in Europe. Get it here. 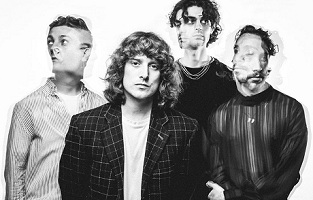 Speaking about it, vocalist/guitarist Kyle Ross says: “We wanted to make an impact with the new single, pushing a new creative direction for the band, as I think we have really found a sound that excites us and we feel comfortable with.”
“The song itself is about feeling rather disenchanted with society and putting on a brave face when in fact you feel the complete opposite, which is something we can all relate to. It was inspired by a dark time, with the hope of things getting better.” He adds.

Watch: Pink Turns Blue Share "So Why Not Save The World" 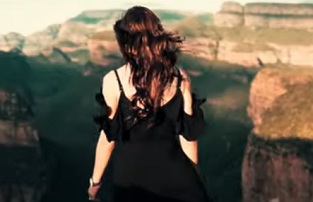 Berlin alt rock band Pink Turns Blue have shared the video for their latest single "So Why Not Save The World".
The song is part of our current playlist and came out earlier this month. Get it here.
This song is for all the people who don’t get frustrated about the tedious and laborious task of making this world just a little bit better. The follow-up to 2019's debut Exposure Therapy, was co-engineered/produced with Brian Fox at Altered States Recording Studio and mastered by Jason Corbett at Jacknife Sound, it will be out on September 3rd vía Artoffact Records. Pre-order your copy here.
Cutting Room Floor maintains a base in ’80s sounds, but sees the band ascend to a new place of pure, timeless songcraft. With brighter melodies, deeper emotions, and a stripped-down approach that lets the songs shine, Wingtips have become something bigger than a retro act. With hooks so compelling they are cinematic in scope, and vocals that grab hold of the heart, Cutting Room Floor marks the genesis of a new style: “new romantic for post-millennial end times,” in the band’s own words.

Watch: Joywave Air Lyric Video For "Pray For The Reboot" 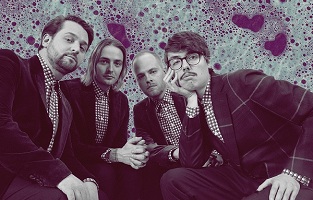 New York indie rock/pop band Joywave have aired a lyric video for their latest single "Pray For The Reboot".

The song is part of our current playlist and is taken from the band's new EP 'Every Window Is A Mirror', out today, June 25 via Cultco Music/Hollywood Records, Inc.  Get it here.
Watch the video below. 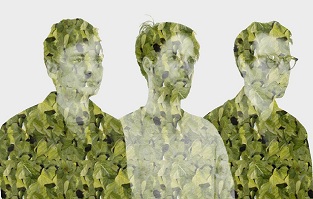 Canadian astro-beat/psychedelic/avant-garde rock band Absolutely Free have released the video for their new single "How To Paint Clouds".

The song is part of our current playlist and is taken from their forthcoming new album 'Aftertouch', set to be released on September 24. Pre-order it here.
A song about how great lengths are taken to develop artwork that carries a deeply considered intention, but once it is met by an audience, who come from their own unique set of experiences, this clear idea is laid open for reinterpretation in a way that ultimately negates this labour. 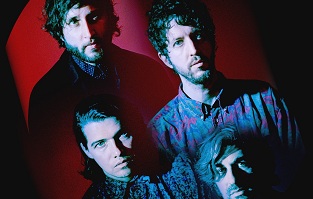 Brooklyn-based chillwave/indie pop band Small Black have unleashed the video for the Com Truise Remix of their song "Duplex".
The original version of the song is taken from their recent album 'Cheap Dreams', which came out in April via 100% Electronica.
Get the remix here and stream it below 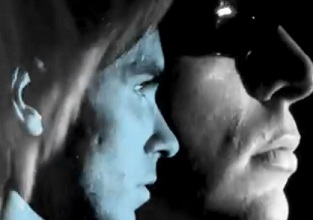 Los Angeles new wave/post punk/synth pop duo Second Skin (aka Brian Tarney and Brian DaMert) have dropped the Drab Majesty Remix of their latest single "Eyes Closed".
The remix is out today (June 25), get it here.

Watch: Candy Reveal Music Video For "Who You Are" 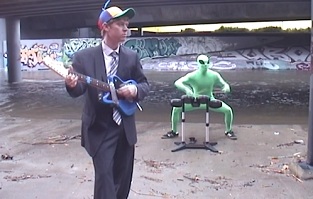 Melbourne lo-fi/bedroom pop musician Candy (former Amyl and the Sniffers member Calum Newton) has revealed the video for his latest single "Who You Are".
The song is part of our current playlist and is taken from his recent album 'A Pull To Heal', released in April. Get your copy here.
Watch the clip below. 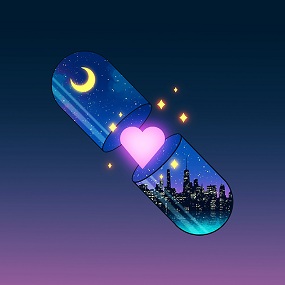 London-based indie rockers The Vaccines have announced the release of their fifth studio album 'Back In Love City'.
The follow-up to 2018’s Combat Sports, was recorded at Sonic Ranch in El Paso, Texas just before lockdown with producer Daniel Ledinsky and will be out on September 10th. Pre-order your copy here.
With Back in Love City, The Vaccines have crafted their most euphoric, visceral and visionary work to date. It’s a record that sees the five-piece assert themselves as one of Britain’s most vital guitar bands, with 13 songs set against the fictional metropolis of the album’s title.
Check out the album's tracklist and listen to their new single "Back In Love City" below.
Back In Love City Tracklist:
01. Back In Love City
02. Alone Star
03. Headphones Baby
04. Wanderlust
05. Paranormal Romance
06. El Paso
07. Jump Off The Top
08. XCT
09. Bandit
10. Peoples Republic Of Desire
11. Savage
12. Heart Land
13. Pink Water Pistols