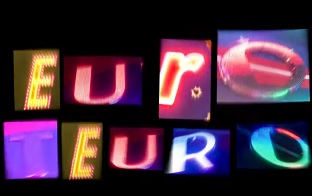 The song is part of our current playlist and is taken from their latest album 'Volume 1', which came out in November 2018. Get it here.

Video by Öyku Özer. Watch it below.

ATTENTION : Fuzz Club and APTBS have just shared the first video from the session:

For over a decade Brooklyn’s A Place To Bury Strangers have been dealing in pure sonic destruction. Famously lauded as the loudest band in NYC, their thunderous noise-rock has seen them pick up a cult following and shatter many unsuspecting eardrums across the globe. With no release or live show similar to the last, APTBS have continually twisted their malevolent sonic assault into something not of this world. Following 2018s Pinned LP (Dead Oceans) the trio are back once again – this time with a live session LP on London-based imprint Fuzz Club.Whilst in London at the end of a European tour in support of Pinned, the band spent the day at Lovebuzz Studio in South London to lay down a Fuzz Club Session, due for release February 15th as a vinyl exclusive alongside a collection of videos which will be released online. Raw, punishing and unpredictable, the LP – recorded live in one take - perfectly captures the APTBS ethos through-and-through and sees the unwavering intensity of their live show committed to wax like never before. To announce the release, APTBS are now sharing the first video from the session - the first taste of what’s to come on the Brooklyn bands Fuzz Club Session comies in the shape of the snarling garage-y noise-rock of ‘Punch Back’.
“It’s good to record at the very end of the tour,” reflects Oliver Ackermann, the band’s vocalist/guitarist and founding member: “You’ve been playing these songs all tour and there’s a certain point when you kind of get tired of them so you have to reinvent what they mean and what happens in them. I feel like that always pushes things to the next level. It’s exciting.” Some songs on the session may date back a decade but, true to the APTBS way, they’re totally reconfigured and pushed to their very limits. Spanning their lengthy back-catalogue, there are two tracks from Pinned (‘Never Coming Back’ and ‘Punch Back’), one from 2015’s Transfixiation (‘We’ve Come So Far’), one from 2012’s Onwards To The Wall (‘Drill It Up’), another from their 2007 S/T album (‘Ocean’) and a previously unreleased track (‘Chrome Shadow’).

What makes this LP stand out is the way in which the live setting perfectly captures the band’s ability to work as a collaborative unit; every member feeding off one another, their tight-knit playing hardened by months on the road. Ackermann’s visceral guitars and FX pedal manipulations may be what defines the APTBS sound but just as integral on this LP is Dion Lunadon’s scuzzy, remorseless basslines and the primal percussion and snarling vocals of Lia Simone Braswell, who joined the band just last year.There aren’t many bands who can make deafening chaos sound so tight and meticulous but that’s just how APTBS roll. The Fuzz Club Session LP serves as a perfect indoctrination into the fuzzed-out world of A Place To Bury Strangers - taking you through a no-holds-barred tour of their discography whilst also offering a glimpse into the almost-hypnotic power of their live show. This is an album just as much for fuzz veterans as it is for the uninitiated.