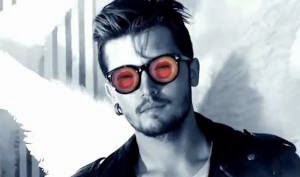 L.A. based noise pop band Dum Dum Girls have unleashed the video for "Lost Boys and Girls Club," the lead single from their forthcoming third LP 'Too True.'

The 10-track new album will be out on Sub Pop January 27th in Europe and the 28th in North America. It was made in a New York apartment and two locations in Hollywood—East West Studios and the Chateau Marmont. It was produced by Richard Gottehrer (Blondie, the Go-Go's) and the Raveonettes' Sune Rose Wagner, who both also worked with Dum Dum Girls on Only in Dreams and the He Gets Me High EP. Pre-order now on the Sub Pop website.

Singer-guitarist Kristen Gundred — aka Dee Dee Penny explains on her blog that the record was the culmination of months spent self-doubting, loneliness, and fear (of having permanently destroyed her voice.) If the rest of the record is this intense and urgent, then that time in purgatory was a productive one.

The video was directed by Cody Critcheloe of SSION. Watch it below.

HOSPITAL - Band of the Month November 2013 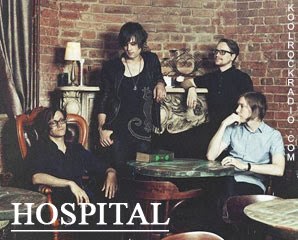 The band was formed in autumn 2011. The search for their own sound led to peculiar heterogeneity of the product however regardless of this after extensive work over sound the guys attained attractive and recognizable style.

The first single that included two songs "Time Will Tell" and "Falling" was released in December 2012. Thier debut album 'When The Trees Were Higher' came out on January 20, 2013 and was uploaded on the Internet for free download. The album received positive feedback both in Russian and foreign blogs. The band gave a series of concerts in Russia to support the release of their album.

Tailspin, their most recent release (August 25 via Mimonot), is a fun, refreshing throwback to ’80s new-wave pop. With elements of electronica flare and pleasant male vocals blended with pop synthesizer sounds, Hospital takes the listener back in a fresh way. Get your copy now from their Bandcamp page.