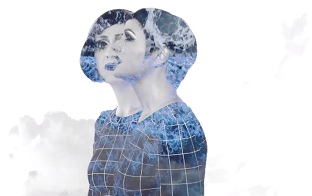 The song is taken from "Static Waves 6", a compilation of the sonically-driven label Saint Marie Records, specializing in Shoegaze, Dreampop, Indie Pop and Electronica. Featuring tracks exclusively from past releases, future releases, remixes, and exclusives.

It will be out on November 25, pre-order it here.

The video was directed by Wyatt Parkins. Take a look below. 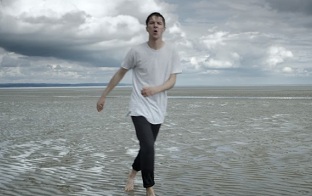 London indie rock/pop four-piece Stereo Honey have unleashed the video for their latest single "The Bay".

The  song is part of our current playlist and is taken from their upcoming new EP ‘Monuments’, set to arrive on December 1st through Beatnik Creative. Get the single here.

The video was directed by Isher Sahota. Take a look below. 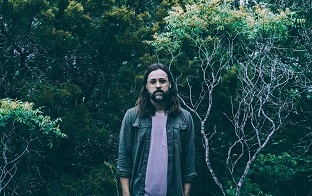 The  song is taken from his upcoming debut album 'Cosmic Campfire Music', which will be released on February 9 through Modern Outsider. Pre-order your copy here.

A reflection of these hushed, quieter spaces, the album song conjure an existential meditation on love - how it rarely arrives, how it often leaves. Working with producer Erik Wofford at Cacophony Recorders, Roush tracked the album to analog tape over one month in the winter of 2016. He played every instrument.

From its calm confessions to its skyward gaze, “Cosmic Campfire Music” is a listen for hushed respite before the long struggle ahead. 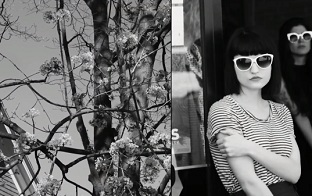 The song is part of our current playlist and is taken from their recent album 'Matterhorn', released last month (October 20) via Beyond Beyond Is Beyond Records. Gey your copy here.

The video was created by Josh Skinner, Jaimie Skriba and Heaters. Check out below.

Email ThisBlogThis!Share to TwitterShare to FacebookShare to Pinterest
Etiquetas: Beyond Beyond is Beyond Records, Black Bolt, Kingsday, Matterhorn, Psych, surf rock 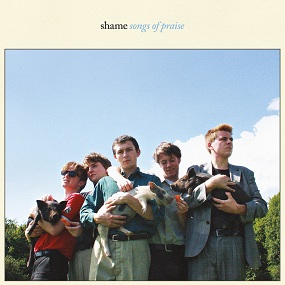 The 10-track record will be out on January 12th via Dead Oceans. Pre-order your copy here.

Comprised of vocalist Charlie Steen, guitarists Sean Coyle-Smith and Eddie Green, bassist John Finerty, and drummer Charlie Forbes, they began as school boys. From the outset, Shame built the band up from a foundation of DIY ethos while citing The Fall and Wire among its biggest musical influences.

Utilizing both the grit and sincerity of that musical background, Shame carved out a niche in the South London music scene and then barreled fearlessly into the angular, thrashing post-punk that would go on to make up Songs of Praise, their Dead Oceans debut. From “Gold Hole,” a tongue-in-cheek takedown of rock narcissism, to lead single “Concrete” detailing the overwhelming moment of realizing a relationship is doomed, to the frustrated “Tasteless” taking aim at the monotony of people droning through their day-to-day, Songs of Praise never pauses to catch its breath.

The band have also aired the video for the album track "One Rizla". Watch it below the tracklist.

Watch: Childhood Release "Too Old For My Tears" Music Video 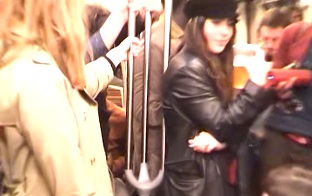 London based indie pop/rock band Childhood have released the video for their catchy single "Too Old For My Tears".

The song is part of our current playlist and is taken from their latest album 'Universal High', released back in July through Marathon Artists. Get your copy here. 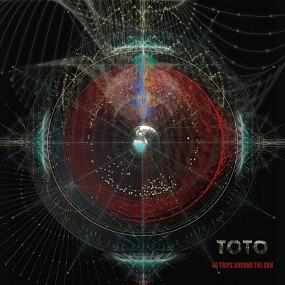 The 17 track album will be out on February 9th worldwide via Legacy Recordings (a division of Sony Music), and includes 3 previously unreleased recordings: “Spanish Sea”, “Alone” and “Struck By Lightning” alongside newly remastered classic tracks worked on by Elliot Scheiner & Gavin Lurssen and his team. The core Toto members, Steve Lukather, David Paich, Steve Porcaro, Joseph Williams re-entered the studio earlier this year to work on this release.

While going through the Sony vaults, the band uncovered several unfinished tracks that featured both Jeff and Mike Porcaro, one of which is now “Spanish Sea.” “This track is originally from the Isolation sessions,” Steve Lukather commented. “It’s one that didn't make it and we had to re-write it including creating a new chorus.

“Alone is a brand new song,” Lukather remarked. “This one was written with just the four of us really writing together and no one else in the room with us. We wanted to start with an ‘up’ song in terms of groove for the album. The lyric is darker but we are older guys now ands have lived life. The good, bad and ugly... we have lived it all and in the end we are all alone anyway. Proud of this piece and it just sort of organically happened.”

Pre-order the album here, listen to"Alone" and check out the tracklist below.


40 Trips Around The Sun Tracklist: 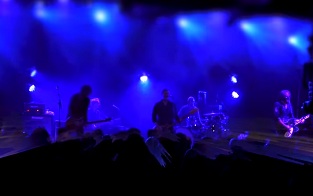 Aussie legends The Church have aired the video for their latest single "I Don't Know How I Don't Know Why".

The song is part of our current playlist and is taken from the band's 26th album, Man Woman Life Death Infinity, which came out last month (October 6th). Buy your copy here.