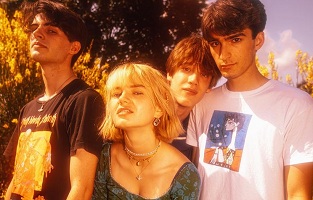 Hitchin indie rock/pop band second thoughts have aired their new single "nicotine stains".
The song, produced by The 1975’s Ross MacDonald and mixed by Iain Berryman (Wolf Alice), is the first taken from their forthcoming EP 'dog days'. Get it here.
nicotine stains is about having known someone for a while and their personality slowly changing from who they used to be as a result of addiction.

Take a  listen below. 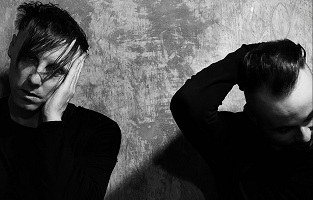 Canadian post punk/darkwave duo TRAITRS have released the video for their new single "Oh, Ballerina".
The song is taken from their forthcoming new album 'Horses In The Abattoir', which will be available on November 19 through Berlin-based label Freakwave Records. Pre-order your copy here.
TRAITRS was formed in 2015 by Sean-Patrick Nolan and Shawn Tucker. With a cinematic blend of post-punk, goth, alternative and post-rock, their emotive melodies, propulsive rhythms, angular guitars and dark cinematic electronics quickly led to the duo becoming one of the dark music scene's fastest rising independent artists.
“I approached 'Oh, Ballerina' the way I imagined Placebo challenged songs like ‘Brick Shithouse’ or ‘The Bitter End’. Keeping it simple, minimal, but punchy and effective. That’s really what motivated the passion and drive here. Lyrically the track focuses on obsession with someone else to the point of murder, based on a true story I had come across online. I felt the tone of the story perfectly mirrored what’s happening in the track instrumentally, dynamically and vocally. Keep running away now because you’re scared,” says Shawn Tucker.
“I became obsessed with minimalist composer Phillip Glass. His music completely changed the way I thought about melodies and composition, so ‘Oh, Ballerina’ began as this minimal and abstract piano piece with some atmospheric textures and very little else. I listened to the demo late and mid-way through the improvised recording, it was like the song suddenly revealed itself to me. I suddenly heard the drums and bass in my head. I grabbed my laptop, quickly programmed some drums and we finished scripting it all the next day," says Sean-Patrick Nolan.
The accompanying video, self-produced with direction and editing by Shawn Tucker, is a moody art-house horror film in the woods meets 80’s new wave music video.
“We filmed the video for “Oh, Ballerina” with a small crew in an abandoned ghost town in Ontario called Cooper’s Falls. With the help of Google satellite images and a bit of good fortune, we found the abandoned and decrepit house in the middle of a forest. We wanted a non-linear plot where by the end, it’s unclear what the fog represents, why we entered the house, if and when we left or whether or not we were there the whole time? Are these doppelgängers watching themselves entering and leaving the barn?“ 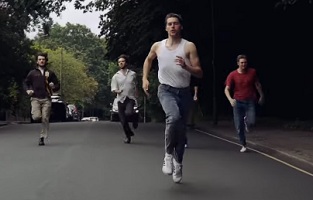 The song is part of our current playlist and is taken from their recent EP ‘Walking Machine', released last week (August 6) via their new label home Nice Swan Records. Grab it here.
Watch the video below. 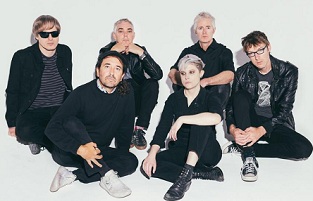