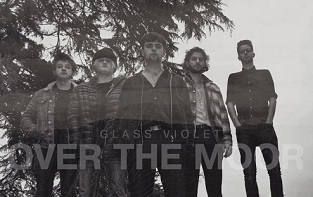 The self-produced track is out today (January 17). Grab it here and stream it below. 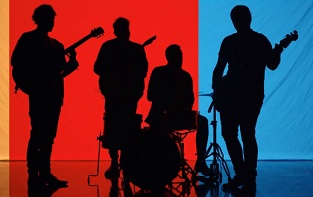 Munich-based indie pop/rock quartet KYTES have released the video for their brand new single "Go Out".

The song is taken from their forthcoming second album ‘good luck’, which will be out on February 28 via their own label Frisbee Records. Pre-order your copy here.

About the song, the band said: “‘Go Out’ is a song that throws us right back to our teenage days. Life was way easier. After school we’d just ring on each others doorbells and hang out. No smartphones needed. No group chats, no voice memos or video chats. If we couldn’t just go out, we called on this thing called the landline telephone. Some of you may still know it. So we feel ‘Go Out‘ is a throwback song, lots of nostalgia, good memories… and it’s definitely gonna be a banger live.” 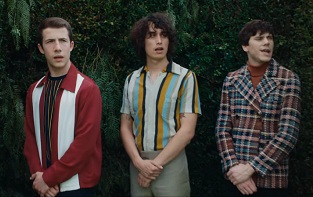 Los Angeles indie rock/pop/alt band Wallows have revealed the video for their latest single "Remember When".

The song is part of our current playlist and is taken from their debut album 'Nothing Happens', released in March 2019 through Atlantic Records. Buy it here.

The video was directed by Stephen Tyler. Watch it below. 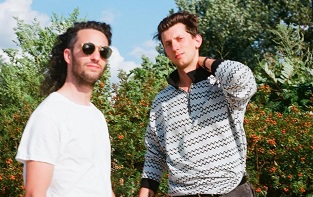 The self-produced record will be out on May 1st.

Kevin Pariso and Joel Witenberg will tell you they don’t take themselves too seriously. Hence the name of their band, Surf Rock Is Dead (that’s SRiD for short), and the title of their debut album, Existential Playboy. This playfulness informs their music, a hybrid of surf rock, shoegaze, goth, and new wave, through which the duo meditate on the paradoxes of modern life.

While SRiD’s first two EPs, 2015’s SRiD and 2017’s We Have No Friends? were a product of jam sessions, Surf Rock is Dead’s debut album is the result of a more deliberate writing structure.

Much of Existential Playboy, like the majority of SRiD’s music, is about interpersonal relationships, living in New York, and navigating through the world during uncertain times. Existential Playboy is also about confronting mortality. In the wake of a close friend’s death, as the band was in the midst of putting this record together, Witenberg and Pariso reflected even more deeply on the themes that characterize their music. The record’s title is a nod to life’s absurdities. “Why are we doing what we do? What even matters?”

Existential Playboy is a balanced mix of older, jammier tracks, and newer, poppier ones, like the moody and jangly kiss-off, “Diabolik,” or the album’s lead single, the anxiously romantic “Away Message,” on which Pariso sings about new and exciting romantic feelings.

Speaking about their new single "Diabolik", the band explained: "Diabolik is about dealing with some extreme situations we’ve encountered living with various people in NYC. Sometimes you never know what you’re going to get… Whether it be a roommate sleeping on the bathroom floor, a pile of who-knows-what on the living room floor or strangers ending up in YOUR room, sometimes it’s not exactly how you imagined your life. ‘Diabolik’ is a venting of those crazy roommate situations that suck in the moment, but given enough time, actually are pretty damn funny.” 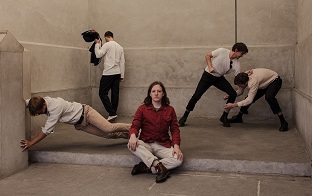 The song is taken from their upcoming new EP 'Question Time'.

The band's words: "Feeling like it's time to make a statement, feeling like it's important to express an opinion through music once in a while. Pushing for respect for people and the planet, new ways of thinking and good music in the coming decade. Peace and ❤"

Grab the song here and stream it below. 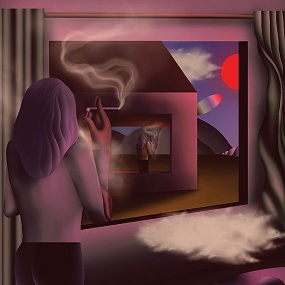 The follow-up to 2018's Facing Death, was recorded/mixed in London during one week at Haha Sound Studio by Syd Kemp and mastered by Paul Rannaudout. It will be out on March 27th via Howlin' Banana and Rockerill Records.

The band have also shared the video for their new single"Gold Rush", which is entirely directed by the alchemist Alison Flora.

"It's a story of a guy who can't grow a plant (find a job), he gets pushed back from everywhere, he gets in trouble, and he makes a deal with the devil who makes him grow a big plant."

Check out the album's tracklist and the video for "Gold Rush" below.

Watch: Soft Riot Unveils Music Video For "By The Skin Of Your Teeth" 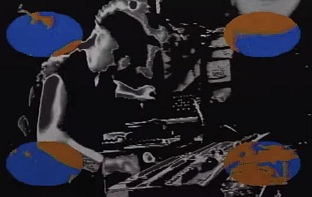 Glasgow-based synth pop/electronic/minimal/dark wave musician JJD aka Soft Riot has unveiled the video for "By The Skin Of Your Teeth".

The song is part of our current playlist and is taken from his seventh studio album 'When Push Comes To Shove' (included in our TOP 100 2019 best albums list) which came out in November last year through Possession Records. Get your copy here.

The video features footage shot live on 30 September 2019 on the MS Stubnitz in Hamburg DE, and was shot and edited by Carl Weidner and MS Stubnitz crew. Watch it below. 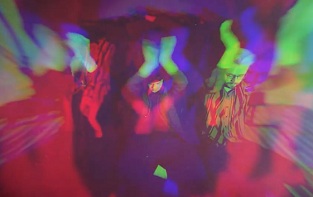 The song is part of our current playlist and is taken from their upcoming sophomore album 'Celebrated by Strangers', set to be released on March 27. Pre-order your copy here.

Lead singer and guitarist Chris McCroy explains: “This is Casiotone for the politically marginalised. This is Krautrock for a progressive, positive future. And most importantly, this is a timely reminder that there are more of us than there are of them. People need to organise. Put down your phone, take your fingers out of your genitals and get on the streets - It really works. People Don’t Protest Enough.”


WAtch the clip below. 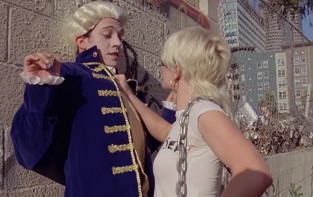 Melbourne punk /rock band Amyl and The Sniffers have released the video for their latest single "Gacked on Anger".

The song is part of our current playlist and is taken from their self-titled debut album, released in May 2019 via ATO Records. Get it here.

The video was directed by Gilbert Trejo. Watch it below. 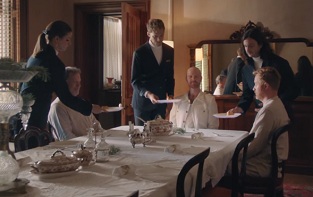 Brisbane indie pop/rock band The Jungle Giants have aired the video for their brand new single "Sending Me Ur Loving".

The clip was directed by Julian Lucas. Take a look below.