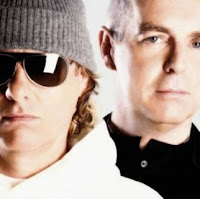 Pet Shop Boys will release their 11th studio album Elysium in September via Parlophone. An exact release date has yet to be announced.

According to the band's website, the album was produced in Los Angeles by Andrew Dawson and Pet Shop Boys.

To give us an idea of the Elysium sound, they've released a music video for the song "Invisible" that was directed by Los Angeles-based artist Brian Bress. Like several tracks on “Elysium”, "Invisible" features backing vocals by singer/songwriter James Fauntleroy and veteran singers Oren, Maxine and Julie Waters