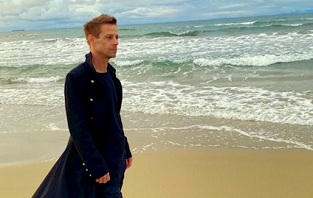 LA-based post punk/coldwave/synthwave artist Vince Grant aka The Sea At Midnight has premiered his new single "We Share The Same Stars".

The song, produced and mixed by Chris King of Cold Showers and with Brandon Pierce of Glaare on drums, will be out on August 21. Pre-order it here.

Inspired by classic post punk bands like The Cure, Joy Division, the Psychedelic Furs, Siouxsie and the Banshees, New Order and Echo and the Bunnymen, he bought his first guitar at 23 and started playing in local Chicago bands before eventually moving to Los Angeles.

"When working with Chris King, we approached every song asking “What is good for this song?” rather than “How can we make it sound like all the others or how can we make it sound like such and such band”. Each song has its own individual vibe and we didn’t want to rely on a sonic cookie cutter approach with the same musical template. That’s why I especially like bands such as The Cure and Depeche Mode. You know it’s them immediately, but each song has its own personality and style. If I strive for anything, it’s that - for The Sea At Midnight to be recognizable while, at the same time, each song has its own unique personality," says Vince Grant.

"This release was never supposed to happen. I thought my days of playing in bands and recording were over. If it weren't for fate, this record would have never been made. I had no intentions of recording ever again. For wont of a better word, the 'dark' scene is where I’m coming from. I also really feel a kinship to the cyberpunk esthetic. Lyrically many of the songs deal with my struggles with alcohol and drug addiction and coping with lifelong depression. I suppose there is a strong element of sadness to them, but I also feel they contain a glimmer of hope." 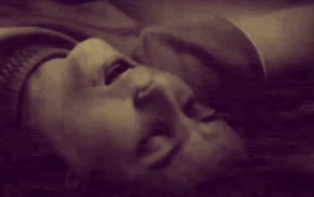 The song is part of our current playlist and is taken from their brand new EP 'Splinters', out today (July 15). Buy it here. 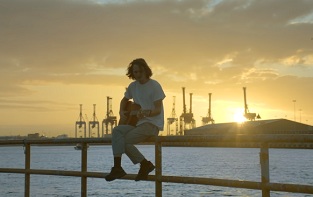 Australian psych-rockers King Gizzard & The Lizard Wizard have revealed the video for their  new single "Honey".

The video was created by John Angus Stewart. Take a look below. 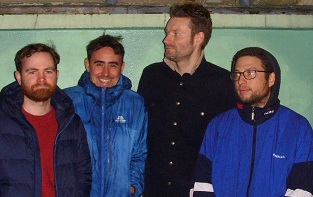 Dedicated to Florian Schneider. Stream it below. 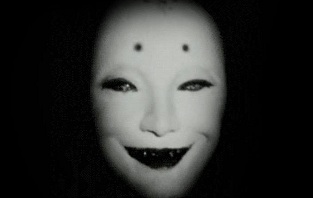 The song is taken from their forthcoming 'EP 2', set to be released on August 14th through Fire Talk. Pre-order it here.

The new EP doubles down on the hollowed-out saccharine sound of Rauworth’s recent work, while retaining glitchy agitated electronics that pierce together the best of dream pop, post-punk and indie nostalgia. Fans of Gauntlet Hair rejoice! Cindygod is an honest creative extension of some of those original ideas, a little darker & sinister around the edges. 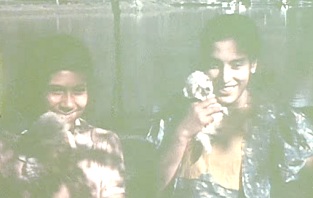 Manic Street Preachers frontman James Dean Bradfield has dropped the video for his latest single "The Boy From The Plantation".

The song is part of our current playlist and is taken from his upcoming second full length solo album 'Even in Exile', which will be out on August 14th. Pre-order your copy here.

Inspired loosely by the life of Chilean poet, singer and activist Victor Jara and with lyrics from his Manics bandmate Nicky Wire’s brother Patrick Jones, Even In Exile features some of the most beautiful music that JDB has ever composed.

The video was directed by Kieran Evans, watch below.

Even in Exile Tracklist:
01. Recuerda
02. The Boy From The Plantation
03. There’ll Come A War – Have a Listen
04. Seeking The Room With The Three Windows
05. Thirty Thousand Milk Bottles
06. Under The Mimosa Tree
07. Form the Hands Of Violeta
08. Without Knowing The End (Joan’s Song)
09. La Partida
10. The Last Song
11. Santiago Sunrise

Email ThisBlogThis!Share to TwitterShare to FacebookShare to Pinterest
Etiquetas: Even in Exile, James Dean Bradfield, The Boy From The Plantation 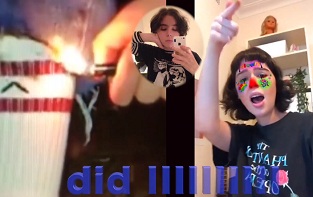 The song is out today (July 15) via Inertia Music. Grab it here.

The video was directed by FRITZ. Watch it below.