London indie-pop band Paper Boats have shared the video for their latest single "Twelve". Watch it below.

Black Sabbath have unveiled yet another in-depth look into the band's upcoming album '13', out on June 11.

It's an all-new footage of the band in the studio during the making of  '13'. Watch the creation of that classic Sabbath sound with the band members and producer Rick Rubin, below.

Australian psychedelic-pop/rock band POND have revealed the video for "Giant Tortoise", the new single taken from their upcoming new album 'Hobo Rocket' out August 2 via Modular Records. The song is part of our current playlist www.koolrockradio.com.

Disco duo Holy Ghost! have shared the video for "Dumb Disco Ideas", taken from their upcoming new album 'Dynamics', which will be out later this year via DFA. The song is part of our current playlist www.koolrockradio.com.

The video was directed by Ben Fries. Watch it below. 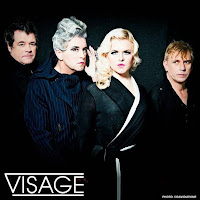 Visage have now reveled a preview of  the track #8 on their long-awaited new album 'Hearts and Knives', out next week.

About the song, the band say:

"In 'I am Watching' Steve adopts the persona of an obsessive stalker. Not natural territory we are assured. It is usually Steve who is the one who is being stalked. 'I do this all for you now' pleads the character as he tries to help the victim get through 'their' problem. The song hangs upon Robins slicing guitar and structure, while the bassline and beats provide the main dance-floor inspired moments on the album."

Stream I Am Watching below.

Finnish band Big Wave Riders have unveiled the video clip for "Life Is Art, You Wonder",  taken from their 2012 album "Life Less Ordinary". The song is part of our current playlist www.koolrockradio.com.

The video was directed by Teppo Meriläinen & Patrick Lindholm. Watch the video below. 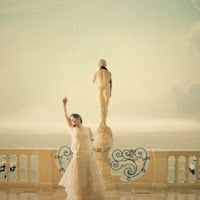 After hearing Future Unlimited's "Haunted Love," Shia Labeouf was inspired to write, direct and produce a short film around the single called Medea.

"The guy is just… driven… and his vision and directing abilities come through him like fucking lightning,” the band say about Labeouf’s work ethic.

"We’ve never been so comfortable around someone while simultaneously being so overwhelmed by their passion." They added.

French post-punk quintet Be Quiet have released the video for "Infancy", taken from their 'Primal EP'. The song is part of our current playlist www.koolrockradio.com.

The video was directed by Eliott Fournié. Wathc it below.

Belgian duo Vive La Fête have shared the video for "Je Souhaite", their latest single taken from their recently released new album '2013'. The song is part of our current playlist www.koolrockradio.com.

Kill Your Boyfriend have unveiled a green version video for "Chester", the  first single taken from the three-piece forthcoming eponymous debut album. The song is part of our current playlist www.koolrockradio.com.

The video was directed by Elisa Fabris. Watch it below.