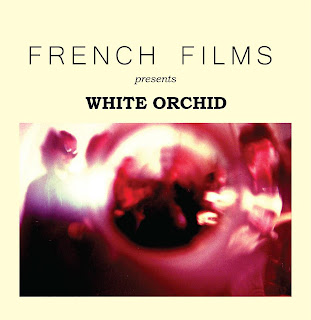 The band started in 2010 putting a couple of home demos on their myspace page, which led to largely positive feedback and interest all over the world. Their debut EP 'Golden Sea' came out in 2010 and the titled track peaked at #52 in our Best Tracks of 2010 chart.

They released their critically well received debut album 'Imaginary Future' in September 2011, which included hit singles like "Golden Sea", "You Don't Know", "Pretty In Decadence" and "Convict", these last 3 tracks charted in the Top 100 of our Best Tracks of 2011.

Like their debut album, 'White Orchid' is also produced by the band itself and released under GAEA Records. "Latter Days", the first single from the 10 track album, was released back in February, a really kool tune that gave us a taste of what to expect from the new album.

With their surf rock, post punk and new wave pop style, they bring a breath of fresh air but at the same time there is something from the oldschool, and that combination makes them stand out once again. So yes, we'll be playing it a lot.

'White Orchid', is out now in Finland, and will be out in May 3 in Asia and Europe via Gaea Records.
https://www.facebook.com/FrenchFilms
Publicado por KOOL ROCK RADIO en Sunday, April 07, 2013 No comments:

This week's Single of the Week on www.koolrockradio.com is Marsheaux new single "Inhale".

The song has been on high rotation on KRR for a few days now, and is taken from  the band forthcoming album 'Inhale', which will be released on April 22 via Undo Records. 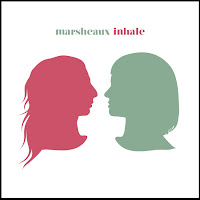