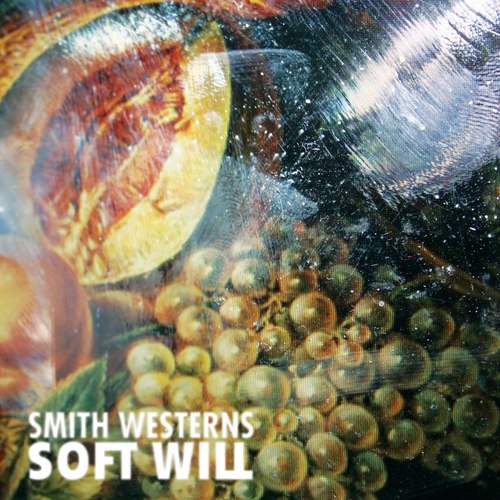 Our new Album of the Week is "Soft Will", the new album of Chicago-based indie band Smith Westerns', out now via Mom+Pop.

Comprised of brothers Cullen (the lead singer/guitarist) and Cameron Omori, second guitarist Max Kakacek and drummer Julien Ehlrich, they released their self-titled debut album in 2010, recorded while they were still in high school. 2011 saw the band release their well received sophomore album Dye It Blonde.

The band recorded their third effort 'Soft Will' over the course of several sessions, taking the time between each one to come back fresh and with a new perspective to listen to their work. By not rushing, the tight and focused album seems to be made with the kind of smarts of a band it will be hard to underestimate again. They worked with producer Chris Coady, the sessions took place at Sonic Ranch in El Paso, Texas. Subsequent recording saw the band de-camp to Chicago, before the final mix down took place in New York in December.

About the band's evolution, since their last record, frontman Cullen Omori says: "Every record that we've put out since the debut is always changing. The albums are always a by-product of us getting better as musicians and getting tighter as a band, of us listening to new music, and discovering new music, and incorporating that into how we write songs. For Soft Will, it was just about making an album in the studio with an ample amount of time, getting the songs really honed, which was something we weren't able to do on the first records."

The 10-track album clearly  presents a band that's growing up in real life and musically. It is definitively another strong step for the band. 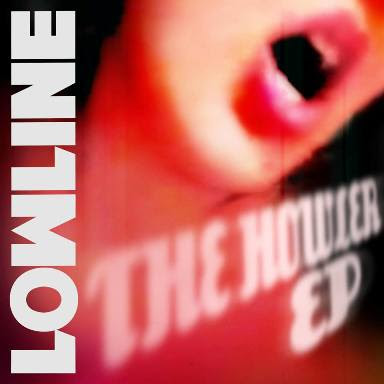 This week's Single of the Week on www.koolrockradio.com is "The Howler", the title-track of Lowline brand new EP, released last week (June 24).

The EP is the follow-up to their 2011 self-titled debut album.

The title-track opens the 5-song EP, immediately catching our ears with its post-punk guitar riffs, and incredibly infectious Manchester sound.

Get your copy NOW on iTunes. 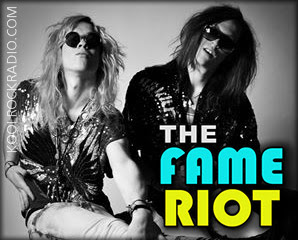 THE FAME RIOT are an electro-rock/pop glam duo from Tacoma, WA, comprised by brothers Liz Scarlett and Shazam "Tea Time" Watkins. They have come to completely smash the ears and eyes of the planet into an absolute fugue state of mind.

"THE FAME RIOT is not a band; it's a religion. The pair of brothers is at the forefront of a shift in musical style and culture, drawing influence from the last 4 decades of rock, pop, electronica, disco, and everything in-between. You don't have to follow the crowd to the bar...now you can go to THE FAME RIOT."

They caught our attention last year with their single "Limits", which peaked at #36 in our Best Track of 2012 chart. That same year the band released their singles "Heart Stray", "Shelah", "The Finale". This year the band have already shared two singles "Two Tribes" (out now), and the newest "Physical Altercation" accompanied by the band's first official video, which you can watch here.

The duo generate effervescent electro pop and although they've only been playing together for one year, they've already become known for their unhinged live shows and animated stage presence at Northwest stages at The High Dive, The Comet, LoveFest and more. Influenced by the likes of Bowie, The Darkness, and Hot Chip, The Fame Riot is modernizing glam rock while doing their hometown proud.

They have shared the stage with the likes of: Chromeo, Grouplove, Mickey Avalon, DJ Shadow, The Joy Formidable, Wallpaper, Con Bro Chill, Adam LaClave, and many more.

The band are currently working on new material and keeping themselves busy with live performances. Stay tuned in for updates!