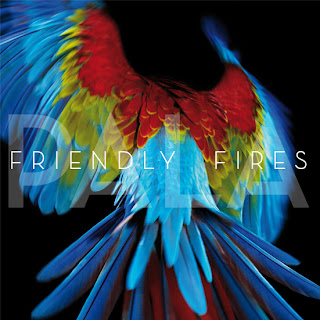 Friendly Fires have announced they are set to release their second album, 'Pala', on May 16th.
Releasing their debut album in 2008, the trio became a slow burning success. Kept in the charts by continual touring, Friendly Fires enjoyed massive success. Since then, the band have kept a low profile.
Returning to the studio, Friendly Fires began work once again with producer Paul Epworth, who worked with them in England, France and New York.
Named 'Pala' - after the island in Aldous Huxley’s 1962 novel ‘Island’ - the band's second album is due to drop on May 16th.
The band will be playing some Canadian dates shortly after the album’s release:
The art work for 'Pala' features a photograph of a parrot shot by famed fashion photographer Sølve Sundsbø, while guests on the album include The Harlem Gospel Choir and Holy Ghost’s Alex Frankel.
Tracklisting:
Publicado por KOOL ROCK RADIO en Tuesday, March 22, 2011 No comments: