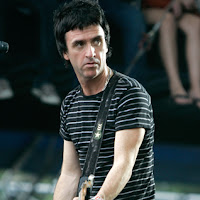 Former Smiths guitarist Johnny Marr, has left The Cribs in order to focus on his own solo career, it's been announced.
Marr joined the group in 2008 and featured on their latest album 'Ignore The Ignorant'. In a statement, he said: "Touring and recording with Ryan, Gary and Ross has been fantastic and 'Ignore The Ignorant' is something I'm really proud of.
“We ended up doing much more than we originally set out to, and I've made three good friends."
Marr told Billboard that he is currently working on new solo songs and planned to put out two new albums over the next year.
He also said he hoped to continue his film soundtrack work after scoring the movie Inception alongside Hans Zimmer.
Publicado por KOOL ROCK RADIO en Monday, April 11, 2011 No comments: 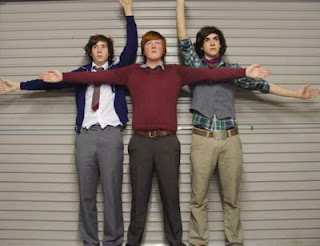 Irish band Two Door Cinema Club have revealed that they will be begin work on their second album later this year.
Singer Alex Trimble said: "We've just moved in to a house - we're setting up a studio in there, so I guess after festival season we'll have a little more time off and just keep recording and hopefully make another record, or maybe two, and just see what happens."
The indie trio – also including guitarist Sam Halliday and bassist Kevin Baird – are set to play at festivals on both sides of the Atlantic this year including Coachella in California, but they claim appearing at Glastonbury in the UK has been their favourite experience so far as they have fond memories of meeting their musical heroes there.
Alex added to Spinner.com: "It is absolutely crazy. I mean, last year we played the 'other stage' at Glastonbury which is sort of like the second stage dine-in.
"I mean, you're playing with artists that you grew up with and you're playing with the bands that inspired you and the people that made you want to write music and stuff.
"It's weird when you're hanging backstage and one of those people walks past you. You’re in such close proximity with all these people you've known but not met all your life.”
Two Door Cinema Club have been confirmed to play at this year's Coachella festival, Isle of Wight festival and Radio One's Big Weekend.
Publicado por KOOL ROCK RADIO en Monday, April 11, 2011 No comments: