Finnish indie band Satellite Stories have unveiled the video for their track "Kid's Aren't Safe In The Metro", taken from their debut  album 'Phrases To Break The Ice' released last year.

The song is part of our current playlist www.koolrockradio.com and will be released as a single on February 22 via XYZ Berlin.

The video was directed by Ken Simpson. Watch it below. 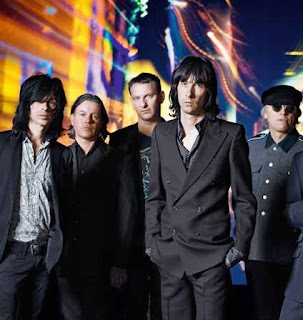 Primal Scream frontman Bobby Gillespie has announced the band will release their new album 'More Light' on May 6th.

The follow-up to 2008's 'Beautiful Future', has been produced by David Holmes. Mark Stewart of The Pop Group and Led Zeppelin's Robert Plant will also appear.

In a interview last year, Gillespie said: "It’s a rock’n’roll record, but modern rock’n’roll. Pretty psychedelic rock, it’s kind of guitar-driven but we use guitars in an orchestral way, not in the normal way people make rock records,” he has told Q last year.

"I think we do it in a more interesting way. We weave the guitars in with electronics and other acoustic instruments to make the core sound." He added.

Led Zeppelin legend Robert Plant recently told he has contributed vocals to the LP after praising the band for 'their references on looking back on the glorious past’ and 'bringing them into the contemporary world'.