Foster the People have unveiled a music video for their track "Houdini" taken from the band’s debut album ‘Torches‘, released on May 23 last year.

Brooklyn-based psychedelic band Dinowalrus have revealed the video for "What Now", taken from their recently released sophomore LP "Best Behavior", out via Old Flame Records

The video was directed by Emmanuelle Pickett. Watch it below.

Greg Ham, the flautist from Australian band Men at Work, has been found dead by police at his Melbourne home on Thursday (April 19) at the age of 58.

The cause of death is yet to be determined. "Because of the early stages of our investigation, we're not prepared to go into the exact details of what has occurred,' Detective Senior Sergeant Shane O'Connell told reporters.
Mr. Ham joined Men At Work in 1979 playing flute, harmonica, saxophone and keyboards. He played the chirpy flute riff in the song Down Under which became an international hit. The song which was released in early 1982 and went on to top the charts in both the UK and US.
Men at Work scored such hits as "Who Can It Be Now" and "Down Under." Last October, the group lost a protracted copyright suit that claimed their riff for "Down Under" came from a familiar local nursery rhyme, "Kookaburra." In 2010, a judge ruled that the band had copied the melody and that it should pay 5 percent of past profits.
Despite it, "Down Under" remains the unofficial anthem for Australia and came in fourth in a 2001 music-industry survey of the best Australian songs. Men at Work broke up in 1985, and Ham had been working as a guitar teacher in recent years.
RIP Greg Hum.
Publicado por KOOL ROCK RADIO en Thursday, April 19, 2012 No comments: 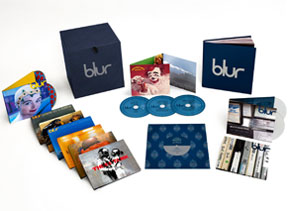 In celebration of the 21st anniversary of their debut album 'Leisure', Blur will re-release their back catalogue as a special deluxe box set on 30th July.

The package will come as a special 21-disc set, including 2cd special editions of each of the band's seven albums, four discs of rarities, three DVDs including two hours of unreleased footage, two live shows and a disc of video rarities, a collectable 7" of a rare and previously unreleased live recording of Seymour-era song 'Superman' and a hard-bound book including liner notes based on brand new interviews with the band and previously unseen photos.
Each Special Edition boxes of all seven studio albums, will include bonus disc of material that includes previously unreleased extras, exclusive Blur artwork postcards, expanded booklets including previously unseen photographs and liner notes based on a brand new interview with the band.
Blur 21 boxset will be available on:

- All seven vinyl formats of the Blur albums are collected together for The Vinyl Box and housed in a sturdy hard case, presenting the definitive collection of Blur vinyl.
For more details go to blur.co.uk/blur21
Publicado por KOOL ROCK RADIO en Wednesday, April 18, 2012 No comments:

Graham Coxon has revealed the video to his new single 'Ooh, Yeh Yeh' taken from his latest album 'A+E'.
The single gets released on the 28th May through Parlophone Records, and will include the B-side of 'Seven Naked Valleys’.
Watch now!
Publicado por KOOL ROCK RADIO en Monday, April 16, 2012 No comments: 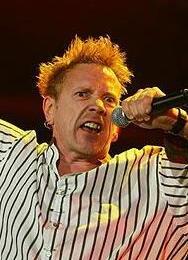 Public Image Ltd. have confirmed the tracklisting for their comeback album 'This Is PiL'.
The release marks the band’s first album of new material since 1992′s ‘That What Is Not‘, and is to be issued through their own PiL Official label on May 28th.
John Lydon words about the album: “Well, 12 songs, where do I begin? Everything and anything that attracts my attention. ‘One Drop’ is about my early youth in Finsbury Park. Fantastic! Hello, we’re all teenagers don’t you forget it! At any age, stay young. ‘Lollipop Opera’ is basically a beautiful bunch of background noise and music to sum up Britain and all its wonderful ambidextrousness! ‘The Room I Am In’ well that’s about drugs and council flats. And there’s a tragedy that still continues. ‘I Must Be Dreaming’ Well, you know, I must be to put up with these governments.”
The tracklisting for 'This Is PiL' is as follows:

Watch: Miles Kane New Video For 'First Of My Kind'

Miles Kane has revealed the video to his brand new single, 'First Of My Kind' - the first track to emerge from his new EP.
Set to release on Record Store Day (April 21st), 'First Of My Kind' contains a total of four tracks. Mixing a Skream production with a Tom Jones cover.
The clip was directed by Tom Gallon and was shot entirely in one day, seeing him explore Britain throughout the morning, before heading to France at night.

'First of My Kind' tracklisting:

'First Of My Kind' EP will be released on April 21st. 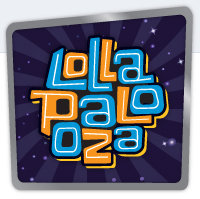 Coachella has revealed its list of set times for April 13-15. You can view the whole itinerary of performances below. 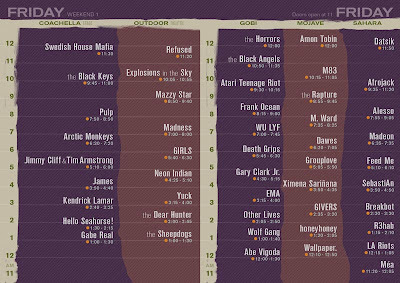 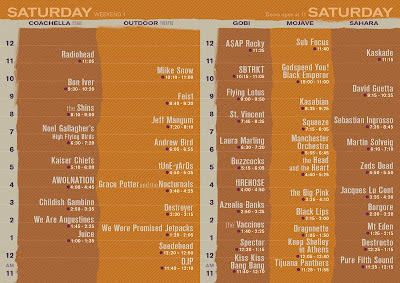 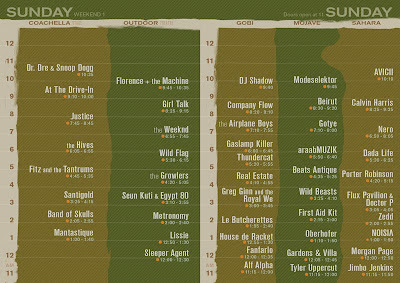 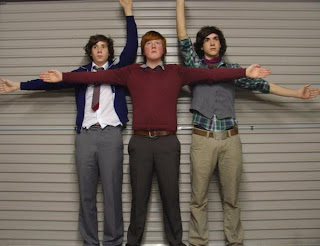 Two Door Cinema Club have been working on the follow up to their Choice Prize winning debut album 'Tourist History'.

In a tweet from their official Twitter, the Irish trio revealed that new record will be finished in two weeks.

The band said: 'Lots of people asking about the new album. It's almost done! We're working on the 10th track at the moment. 2 more weeks and it'll be done!!'

Two Door Cinema Club are working with Jacknife Lee on their new album. Lee has previously worked with rock and roll greats such as REM, U2 and Weezer.
Publicado por KOOL ROCK RADIO en Saturday, April 07, 2012 No comments: 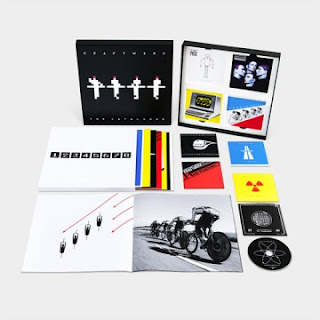 On April 10th, as part of Kraftwerk's eight-night retrospective New York museum residency this month, the band will release a limited-edition box set of all eight of their albums.

Kraftwerk will perform eight of their albums in chronological order in full, one for each night, starting with 1974's Autobahn.
Publicado por KOOL ROCK RADIO en Friday, April 06, 2012 No comments:

Django Django have unveiled the video for their new single 'Storm', set for release on May 7th and is the second single taken from their recently released self-titled debut album. The release will come backed by an Adrian Sherwood remix of Skies Over Cairo, and will be available exclusively for Record Store Day.
'Storm' was directed by Los Angeles based directors Focus Creeps whose recent work includes Artic Monkeys, Girls, Neon Indian and Wavves among others.
Watch now! 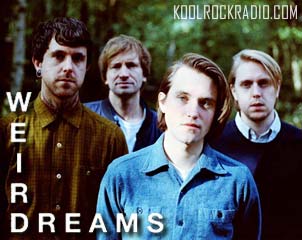 The band's name is taken from Doran's propensity for real-life weird dreams. "Since I can remember I've always had incredibly vivid dreams, both good and bad," says the frontman. "They've always felt like an important part of my life."

Influenced by both the Beach Boys and the films of David Lynch, Weird Dreams draw equally on the intricate harmonies of the former and the latter’s penchant for twisted suburban ennui. "The way David Lynch pushes reality to a point where it feels uncomfortable, his obsession with 1950s culture, his stream of consciousness approach to working", says frontman Doran Edwards. "Weird Dreams is a bittersweet pop band with twists."

"I love how idealistic and overly gushy '50s doo wop and '60s girl groups were, but I wanted to produce an even more dreamy-sounding version with lyrics that could be quite dark and resentful", says Doran. True to that vision, tracks such as 'Little Girl' and 'Hurt So Bad' speak of unusual relationships, while album centerpiece "Suburban Coated Creatures" is a personal unraveling of difficult teenage years dealing with small town life.