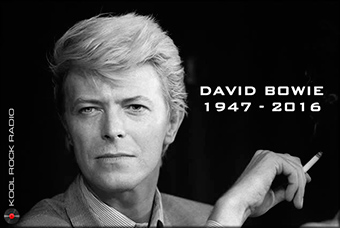 Legendary star and one of the most influential musicians of his era, David Bowie, has died of cancer on Sunday, two days after his 69th birthday.

A statement was issued on his social media accounts, saying he "died peacefully, surrounded by his family" after an "18-month battle with cancer".

Bowie rose to fame in the early 1970s and was revered as an innovative songwriter and performer, including his particularly eye-catching alter ego Ziggy Stardust.

His many hits included "Let's Dance," "Space Oddity," "Heroes," "Life on Mars," "Rebel Rebel" and "Changes." He was also an actor, appearing in cult films such as "Labyrinth" and "The Last Temptation of Christ."

His last album, “Blackstar,” a collaboration with a jazz quartet that was typically enigmatic and exploratory, was released on Friday — his birthday. He was to be honored with a concert at Carnegie Hall on March 31 featuring the Roots, Cyndi Lauper and the Mountain Goats.

He had also collaborated on an Off Broadway musical, “Lazarus,” that was a surreal sequel to his definitive 1976 film role, “The Man Who Fell to Earth.”