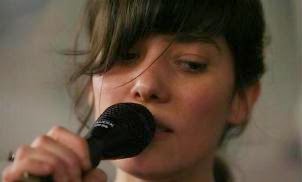 The double A side single "The House / Monte Dans Mon Ambulance", mixed by John Parish (Eels, PJ Harvey), will be out next Monday (February 24) via Ring The Alarm. Pre-order it here.

Shield have already collaborated with Charlotte in her 2005's album 'I Killed My Best Friend.'

"The House" is a whimsically poetic song with toy gun sounds and soaring strings. Listen below. 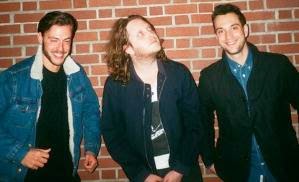 Moscow based electro pop band Pompeya have announced that they will release their new album 'Real' on May 5 via No Shame.

For the follow-up to last year's Night EP, they have worked with Dave Hartley (The War On Drugs, Nightlands) and Nathaniel Noho (WALKING SHAPES).

As yet there are no more details about the new album, but we'll keep you posted.

In the meantime, have a listen to their brand new catchy single "Liar", below.


UPDATE (April 28): Pre-order the album here and check out the tracklist below. 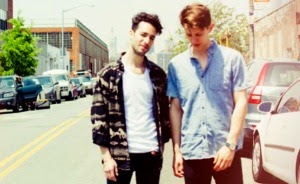 Brooklyn based indie pop/surf rock duo Surf Rock Is Dead (aka Kevin Pariso and Joel Witenberg) have unveiled their new single "Zen A".

It is the duo's third single, it follows their also catchy debut single "Equinox" and the summery "Late Risers".

About the song, Pariso says: "With a darker approach to tone and harmonic vibe, the verbed filled layers and delays created a zened out feel that laid the foundation of the song. With Joel singing lead mostly on this track, we felt it immediately widened our sound...when we finished the ending it seemed hilariously huge and borderline inappropriate for the track." 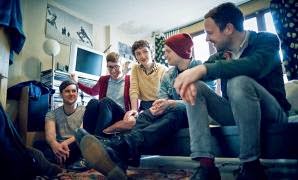 The song is part of our current playlist and is came out in June last year b/w Single Beds. Get it here if you haven't already. The band are currently writing and recording new music.

The video features footage used from 'Land Of Green Ginger' by Alan Plater (Play For Today 1973)
Take a look below. 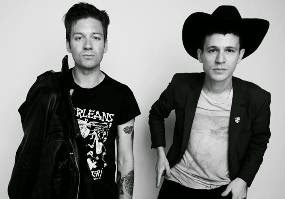 San Diego indie rockers Crocodiles have announced that they will release their fifth studio album titled 'Boys' on April 28 via Zoo Music.

For the follow-up to their 2013's album 'Crimes of Passion', the boys have worked in Mexico City with producer Martin Thulin.

According to the press, the album is "trashy in some places and beautiful in others, this colorful album sees the band revisiting familiar Crocodilian themes that have earned them worldwide acclaim while also cooking with many new flavors." Pre-order your copy here.

The band have also aired the album's first single "Crybaby Demon", which "offers a gaze into the salsa-punk existence the band lived while recording in Mexico City. It is the sound of helado and cervezas; bottles smashing against heads in Cuauhtémoc bat-caves."

The flip side is a joyously noisy retelling of Hot Chocolate’s 1975 disco classic “U Sexy Thing” and adds to their ever growing collection of oddball influences. Get it here.

Check out the album's tracklsit and have a listen to Crybaby Demon below. 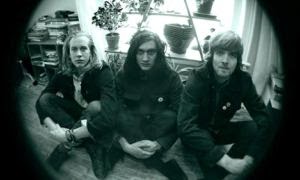 The 7-inch single, Mean Green/Levitate Thigh, will be out on April 28 on Beyond Beyond Is Beyond. The band are currently preparing their first full-length, which will be out later this year.

The video was directed by Psyche Coaster. Watch it  below. 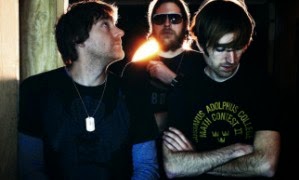 Brooklyn NY, indie rock/psychedelic trio A Place To Bury Strangers have aired the video for their latest single "We've Come So Far".

It is the second single taken from the band's album 'Transfixiation', which came out yesterday (February 17) via Dead Oceans. Get your copy here.

The video was directed by Matthew Conboy. Take a look below. 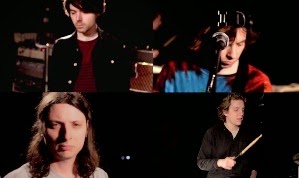 With the release of their sophomore album 'Happy People' just days away, Birmingham psych-rockers Peace have aired a new video of the band performing their cover version of Led Zeppelin's classic "Since I've Been Loving You".

This cover was recorded in a soundcheck a few days ago, and the track is taken from the 1970 album 'Led Zeppelin III'. In related news, Jimmy Page will be honoured at tonight's NME Magazine awards.

Email ThisBlogThis!Share to TwitterShare to FacebookShare to Pinterest
Etiquetas: cover version, Led Zeppelin, Peace, Since I've Been Loving You

New Entry: Lion Bark Unveil New Single "Amongst The Many" 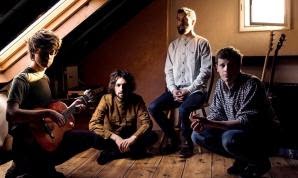 Brighton indie pop four piece Lion Bark have unveiled their new single "Amongst The Many".

This is the first of many new tracks after time away in the studio and at home in Brighton, at the end of 2014. The band will release a new EP this spring.

Email ThisBlogThis!Share to TwitterShare to FacebookShare to Pinterest
Etiquetas: Amongst The Many, indie pop, Lion Bark, New Entry, new single 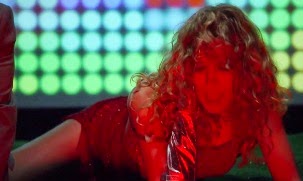 Baltimore experimental pop band Lower Dens have premiered the video for their newest single "To Die in L.A."

The song is part of our current playlist and is taken from their forthcoming third studio album 'Escape From Evil', which will be out on March 31 via Ribbon Music. Pre-order your copy here.

The video was directed by SSION. Watch it below.