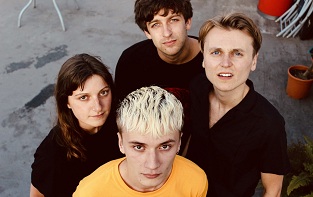 The song is taken from the band's upcoming debut EP 'These People', which will be out on the 27th of March via Council Records. Pre-order your copy here. 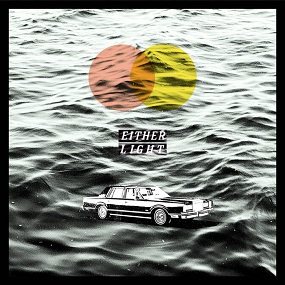 Boston indie rock/surf band Vundabar have announced the release of their new album titled 'Either Light'.

The follow-up to 2018's Smell Smoke, was recorded at Gradwell House and Retro City Studios with producer Patrick Hyland (Mitski) and will be out on March 20 via Gawk Records. Pre-order your copy here.

“The album is about the transitional lightness that follows a period of heaviness” said singer/guitarist Brandon Hagen in a press statement. “After years of being caught up in a dark period marked by sickness, strife and worry, and using it as the context in which I saw myself, I suddenly found I’d outgrown that story. With that came a feeling of lightness that was opposite the feeling which preceded it.”

The band have also aired the video for their new single "Burned Off", which according to Hagen "explores that surreal and sometimes inexplicable moment of interior shift, the fog lifting, and the way our internal state informs our external experience. It could turn light into a puddle or a puddle into light, but then it burns off! Temporary and dual. We see our protagonist wet, we see our protagonist dry, we see our protagonist ruminating and then looking to the future, finally finding solace in the ephemeral, the chorus a reassurance of what’s now known.”

Check out the album's tracklist and the video for "Burned Off" below. 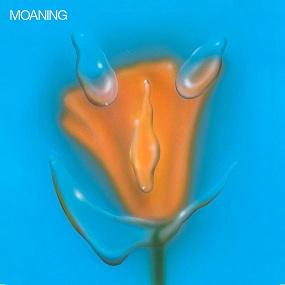 The 13-track album was produced by Alex Newport (At The Drive-In, Bloc Party, Melvins) and will be out on March 20 through Sub Pop Records. Get your copy here.

Uneasy Laughter is a collaborative breakthrough which significantly brightens Moaning’s once claustrophobic sound, again abetted by producer/engineer Alex Newport (At The Drive-In, Bloc Party, Melvins). The trio points to first single “Ego,” which features a costume-heavy video directed by Ambar Navarro, as an embodiment of this evolution.

Solomon admits Uneasy Laughter could have gone in quite another direction had he not gotten sober and educated himself on such core subjects as gender and mental health. “I did a lot of reading in the tour van — authors like bell hooks, Mark Fisher, and Alain de Botton, all really inspired me. I don’t want to be the person who influences young people to go get high and become cliche tragic artists,” he says. “What I’d rather convey to people is that they’re not alone in what they think and how they feel. ‘Ego’ specifically and the album overall is about those themes — letting go of your bullshit so you can help other people and be present.”

“We want to be part of a community,” he adds. “I wrote online about being sober for a year, and I had kids from all over writing and asking for advice. One of them said, ‘For the first time I can remember, I didn’t drink last night.’ I thought, for once, maybe we did something besides sell a record. That’s a win. That’s incredibly exciting.”

Check out the album's tracklist and and watch the video for "Ego", below. 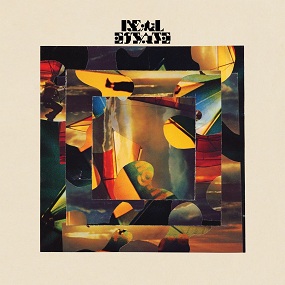 The follow-up to 2017’s In Mind February 28th via Domino Records, according to the press release, it delivers the band’s most inspired and self-aware set of songs to date, created over the course of a year at upstate New York’s Marcata Sound. Pre-order your copy here.

Following his work on 2011’s Days, engineer Kevin McMahon returns as producer, and, for the first time ever, Real Estate have brought in outside instrumentalists and special guests like Sylvan Esso, whose vocalist Amelia Meath features on first single, “Paper Cup”. Across the 13 interrogative tracks – as full of depth, strangeness, and contradictions as they are lifting hooks – the band balances existential, environmental, and political anxieties with fatherly sentiments, self-satirizing lyrics, forever-lively guitar lines, and shimmering strings.

On “Paper Cup” and the making of The Main Thing, Martin Courtney says: “Paper Cup is a song about getting older and realizing that this thing that I fell into doing over ten years ago - being a musician, writing songs, being a guy in a band - this may end up being my life’s work. Watching the people around me change and evolve, take on new challenges, and feeling sort of stuck in a rut, in a way. Feeling uncertain of the validity of being an artist in an age of climate change and general political and social unrest around the world. It’s a song about questioning your chosen path in life and searching for meaning in what you do.

Those questions don’t really get resolved in this song, but ironically, the process of making this record - really diving deep and trying to make it the best thing we’ve ever made - reaffirmed in me, and I think in all of us in this band, why we are doing this.”

The Main Thing dives even further into the musical dichotomies they’re known for—lilting, bright guitar lines set against emotionally nuanced lyrics, complex arrangements conveyed breezily— and what emerges is a superlative collection of interrogative songs as full of depth, strangeness and contradictions as they are lifting hooks.

Check out the album's tracklist and watch the video for "Paper Cup", below. 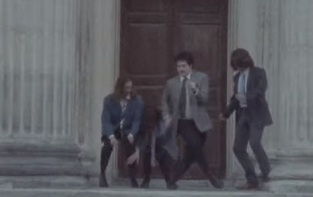 Philly-based indie rock band The Districts have aired the video for their new single "Cheap Regrets".

The song is taken from their upcoming record 'You Know I’m Not Going Anywhere', set to arrive on March 13 via Fat Possum Records . Pre-order your copy here.

The video was directed by Laura-Lynn Petrick. Watch it below. 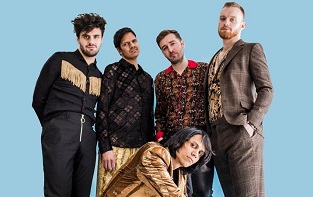 The song, produced by Michael Smith (the man behind their previous releases 'Focus' and 'Four Walls'), is out today (January 15). Grab it here. 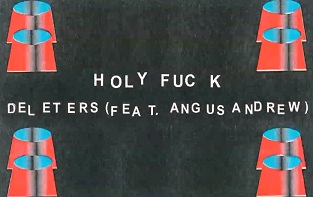 It is taken from their new album 'Deleter', which will be out this Friday (January 17) via Last Gang Records. Pre-order your copy here.

Watch an animated clip below.