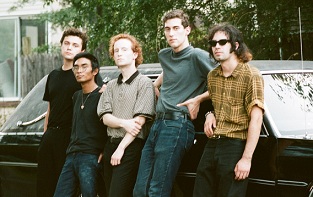 Virginia post punk/dream pop/alt band True Body have premiered their new single "Signal".
The new single comes ahead of the release of the band’s first recorded material in their current form, set for this fall, though details have yet to be revealed.
“Signal” was actually first demoed out in early 2016, lost in a hard drive until it was unveiled during the band’s tour with GosT. The track finds the band at the height of their power and artistry, with the talent of producer Sasha Stroud shining through. Stroud is also the owner and operator of Artifact Audio NYC, a trans-built, -owned, and -operated recording, mixing, and mastering studio located in Maspeth, Queens. The band say that Stroud helped them to achieve a sound “as close as we’ve gotten to the heart of our musical intentions.”
Vocalist Ivy expands on the new track: “This song is an expression of frustration with critics who shape reality without actively participating in reality outside of their own social bubbles. An encouragement towards action itself, turning towards the world rather than away from it. Musings on trans street life in the USA, Wealth gaps, crime.” 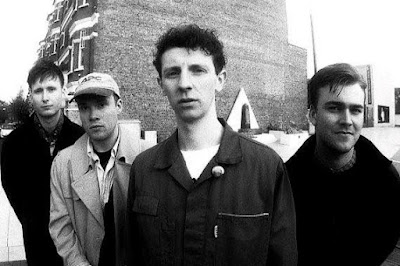 London post punk/alt band Average Life Complaints have aired their new single "Falling Asleep".
The song is out today (Sept 30), get it here and take a listen below. 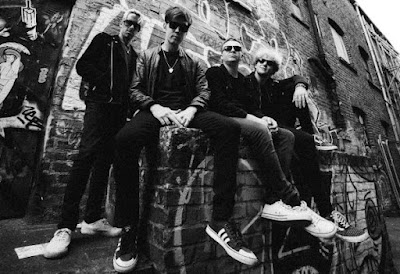 North Staffordshire indie rock band Shader have announced the release of their highly-anticipated debut full-length album 'Everything Is Connected'.
The album was produced by Gavin Monahagan (Editors) with additional production from Dave Eringa (Manic Street Preachers) and Tom Longworth and will be out through Run On Records on 28th October.
SHADER are known for delivering an eclectic swirl of huge melodic guitar riffs & northern grooves colliding with addictive arena-sized choruses.
The record features new single ‘Streets Tell Stories’ (set to arrive on October 14), as well as 11 other new songs which includes the already slated second key radio single, ‘Figure It Out’ which will follow the release of this single. Earlier in SHADER’s career demo version of tunes that would later form the core of ‘Everything Is Connected’ had caught the ear of none other than Clint Boon ex -Inspiral Carpets in his late radio presenter role, with Clint taking the opportunity of playing some unreleased SHADER to none other his radio studio guest at that time, Noel Gallagher famously a long time roadie with The Inspiral Carpets in his pre OASIS days.
Speaking of the track Stu states ‘Streets Tell Stories’ “is a song about the social anxiety of decadence slowly creeping into a person's life. The inspiration began when Daz and myself were in my car outside our old practice room in Stoke. We witnessed a workman in a hi-vis walking out of a bookies covered from head to toe in blood pouring from his nose. He walked down the street and stopped at a cash point to draw out money. He then walked back into the bookies. That said a lot about his situation in 30 seconds and the idea of 'Streets Tell Stories' was born. The lyrics are about that incident but then expand on how easily someone can become that person dealing with their struggles in an unforgiving world. The outro lyrics 'Let me go' is a plea to escape your situation or town or both. The feeling of the song pushes against the stark reality of the lyrics and gives the feeling of not giving up and fighting against your state of mind or situation. It's essentially a song of faith in moving forward.”
Watch/listen a snippet of "Streets Tell Stories" below. 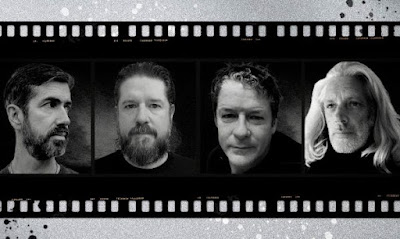 Irish indie rock/dream pop band Emperor of Ice Cream have dropped the video for their latest single "I See You Everywhere".
The song is part of our current playlist and came out last week (September 23) via Fifa Records.
From the outside ‘I See You Everywhere’ is a vivacious, end of summer, indie pop song but it in fact deals with the extremely serious topic of Parental Alienation; the process through which a child becomes estranged from a parent as the result of being wrongly influenced or through psychological manipulation by the other parent, and current efforts in Ireland to have the laws pertaining to it changed. Whether executed wilfully, or unwittingly, Parental Alienation is heart-breaking, and can be akin to torture for the alienated parent, but also have detrimental effects on the innocent child if they are forced to suffer long term separation from all those who love them.
Watch the clip below.