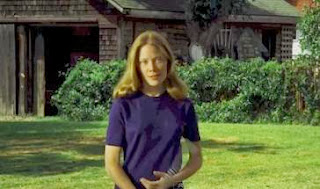 Los Angeles native musician, producer and vocalist Jonathan Bates aka Big Black Delta has unveiled the video for "Love You This Summer", taken from his self-titled album, released back in April via Master Of Bates.

The track serves as the b-side to the record's second single 'Money Rain Down'.

The video was directed by Nicolás Prados of 7 Inch Videos, and uses vintage footage from the legendary film 'Badlands', starring Sissy Spacek. Prados said of the project "'Love You This Summer', set to 'Badlands', is an effort to express the need people have to escape our everyday realities and live an adventure. It seeks to echo some of Freud's writings concerning civilization, and how humans tend to idealize nature, forgetting its violent essence, but more importantly, ignoring the frustration and anxiety inside us that provokes this discontent. The video adresses escapism and tries to convey how violence is part of human nature, laying beneath our fantasies and actions." 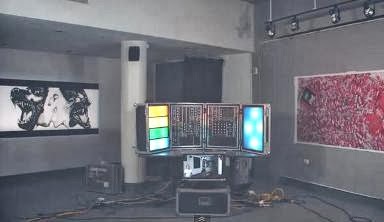 Brooklyn disco outfit Holy Ghost! have shared the video for "Okay", another cut taken from their recently released new album 'Dynamics', out via DFA.

Previously, the duo comprised by Alex Frankel and Nick Millhise also gave us the clip for the grooving Dumb Disco Ideas.

The lo-fi, VHS-emulated video was directed by Ben Fries, and plays out like a nightmarish game, where static visuals overlap into a surreal, Room 101 scenario. Watch it below. 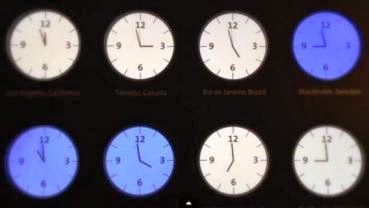 Pennsylvania-based indie band The Ocean Blue have revealed the video for "Ground Gives Way", another cut taken from the band's latest album 'Ultramarine', released back in March via Korda Records. The song is part of our current playlist.

Directed by Ginny Pitchford, the clip was designed and made in California, and features live performance footage along with some futuristic images of outer space.