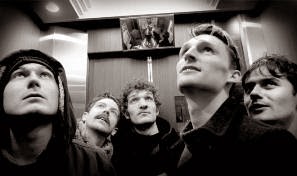 London indie rock five piece Zulu Winter have revealed more details for their highly anticipated new album 'Stutter', which is  due for release on July 21 via Fierce Panda.

The follow-up to their 2012 debut album 'Language', is a collection of studio and home recordings the band "didn't want to fester on a hard drive somewhere", 'Stutter' - as the title may or may not suggest – has evolved into a celebration of these never- (and almost never EVER-) released songs.

According to the press release, "‘Stutter’ is: ten songs breaks all known mini-album length rules, for a start. For a follow-up three of these tunes reached the stage of recorded completion in the studio - we'll leave you to guess which ones - while the other seven tracks were ostensibly angelic demos, musical ghosts looking for a dignified burial. Not for nothing did we want to call this record 'Worked In Progress'."

Two days ago the band revealed the album's first taste with the song "Heavy Rain" and its accompanied video, and also announced it will be their last release as ZW. Yesterday (June 5), they confirmed via their Facebook page, that they have decided that it's time to try out some new projects.

The post reads: Hello all. We realise we've been a little quiet recently. We've been doing a lot of thinking and talking and after nearly 15 years of playing in the same band have decided that it's time to try out some new projects. There's no love lost and we'll still be writing together in various forms but for the moment it won't be as Zulu Winter.

We want to say thanks to everyone that supported us over the years. It's been long and hard but mainly it's been fun and musical. Although that's it for the moment who knows what will happen in the future.
Big Love
Us. 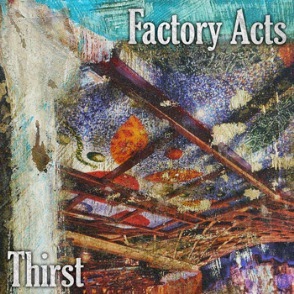 The EP features four stand-out tracks of analogue-electronics that combine SoS’s esoteric and haunting vocals with the pulsating, otherworldly beats and rhythms of Matt Davies.

"If you have a thirst, Factory Acts will leave you wanting more..." Pre-order the EP here. 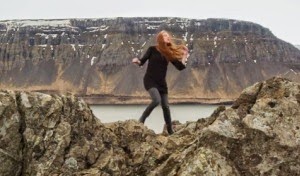 The summery track is part of our current playlist and is taken from recently released third album 'The Veil', out via Playground Music. Grab your copy here.

The video was directed by Dan Huiting. Take a look below. 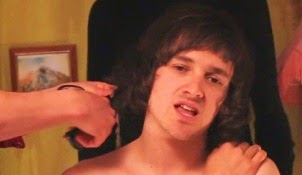 Bristol based psychedelic indie pop band Towns have unveiled the video for their latest single "Heads Off ".

The song is taken from their debut album 'Get By', which was released on Monday (June 2) via Howling Owl Records. Get the album here.

The video was produced and directed by Imogen Rigby, who also directed the clip for the album's first single "Young At Heart".