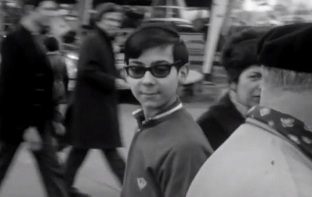 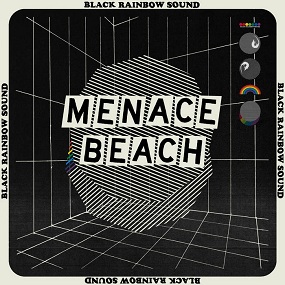 The follow-up to 2017’s Lemon Memory, will be out on August 31st via Memphis Industries, and unlike their previous records, it came to life in the bands studio, where Liza Violet and Ryan Needham built dense late-night orchestrations from drum machines, synthesizers, loops and guitar noise, before being ripped apart and reimagined by the full Menace Beach cast at The Nave studio in Leeds with co-producer Matt Peel (Eagulls).

On Black Rainbow Sound, Menace Beach continue to explore their own unique aesthetic, venturing much further into a colourful world of bizzaro no-wave analogue synths and static drenched electronic euphoria, which they have been circling for some time.

"Liza has always made electronic music and has a very unique approach to what she creates on her synths, so I knew she’d do something magical if she took the reins in the studio. Turns out she was planning a subtle-yet-hostile takeover all along anyway."

Liza adds “There’s always been a bit of artistic push and pull between us on the balance of synth noise vs guitars noise and the guitars have previously always taken over, probably because we all know now how to make loud guitars sound really exciting in a room. But when we started writing this record I was feeling too much reality in the sound of a guitar and I really wanted to give something more this time. Once I had the sounds in my head I couldn’t really compromise."

Pre-order the album here, check out the tracklist an listen to their new single "Black Rainbow Sound", featuring Brix Smith, best known as being a member of The Fall

Watch: The Charlatans Share Music Video For "Indefinitely In Your Debt" 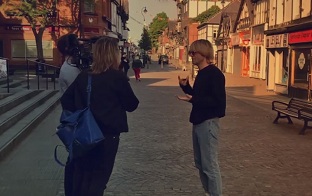 UK indie rock/psych band The Charlatans have shared the video for "Indefinitely In Your Debt".

The song is part of our current playlist and is taken from their just recent EP 'Totally Eclipsing'. Buy it here.

The video was directed by Chris Walker and Darren Groucutt. Check out below.

Watch: The Confusions Air Music Video For "Don't You Fall In Love" 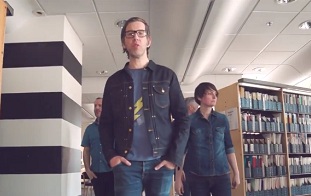 Swedish indie rock band The Confusions have aired the video for their newest single "Don't You Fall In Love".

The song is part of our current playlist and came out in April. Grab it here.

The video was directed by Kevin Gater. Take a look below. 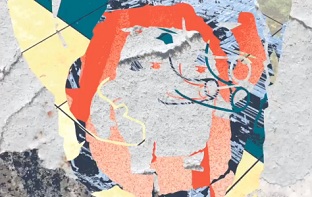 The song is the first from the band´s upcoming second EP.