Australian psychedelic-pop/rock band POND have unveiled the video for "Xanman", the new single taken from their upcoming new album 'Hobo Rocket' out August 2 via Modular Records.

Philadelphia smooth-fi outfit Work Drugs have released the brand new video for "Mavericks", the title track of their forthcoming album, out tomorrow (June 18th) via on Bobby Cahn Records. The song has been added to our current playlist www.koolrockradio.com.

Mavericks was written and recorded on a surfing binge along the Pacific Coast Highway.

The video was directed by Karl Hungus. Watch it below.

British indie band Foals have unveiled the video for "Bad Habit", the fourth single from their latest album 'Holy Fire', out via Warner Bros. The song is part of our current playlist www.koolrockradio.com.

Like their previous clip for Late Night, this new video was also directed by Nabil Elderkin and features the band's frontman Yannis Philippakis in the middle of a desert, following a naked woman.

Sheffield band Arctic Monkeys debuted another new song at two festivals in Scandinavia over the weekend. The song is called  "Mad Sounds" and is likely to feature on their upcoming album.

Last month, the band debuted the track "Do I Wanna Know" in a gig in Ventura, California and now they aired this new one at Hultsfred Festival in Sweden on Friday and again at NorthSide Festival in Denmark on Sunday.

Watch: The Lost Patrol Share New Video For "See You In Hell"

The Lost Patrol have shared the video for "See You In Hell", taken from their recently released new album 'Driven'. The song is part of our current playlist www.koolrockradio.com.

The video was directed by Mollie Israel. Watch it below.

Get "Driven" on iTunes.

British indie-pop band Swim Deep have unveiled a new video for the album version of "King City", taken from their forthcoming debut LP 'Where The Heaven Are We', out on July 29 through Chess Club / RCA Victor.

"King City" served as the debut single on their 7" from 2012 and is part of our current playlist www.koolrockradio.com.


Pre order Swim Deep debut album 'Where The Heaven Are We' HERE. 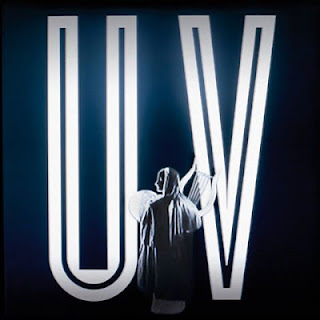 In robotic engineering and CGI, the Uncanny Valley is a hypothesis coined by legendary roboticist Masahiro Mori in 1970 - he wrote in his work 'Bukimi no Tani Gensh: "I have noticed that, in climbing toward the goal of making robots appear human, our affinity for them increases until we come to a valley, which I call the uncanny valley."

This "uncanny valley" is a phenomena in which human acceptance of robots grows more welcoming, the more human their appearance, until they become too human, in which there's suddenly a precipitous plunge from acceptance to revulsion.

'Uncanny Valley' marks Midnight Juggernauts' third full-length journey into the deep, once again piloting their glittery kosmische musik far into known cosmos and unknown genre. The band began rolling tape between a church nestled in the Loire Valley in the French countryside and various studios in Melbourne and Sydney, the resulting record is another LP that sounds uniquely Midnight Juggernauts. Situated at a self-styled nexus between genre and era, 'Uncanny Valley' is 43 minutes of warm-hearted cold wave, interstellar harmony's, early 1950's house, steeped in the darkness of dusty Giallo soundtracks, audio spomeniks at once futuristic and rustic, a bold musical future envisaged through a soundtrack to a forgotten Eastern Bloc Tarkovsky film, sifting through the ruins of LPs past.

The band recently unveiled the video for "Memorium". Watch it below.