Morrissey Reveals His Battle With Cancer 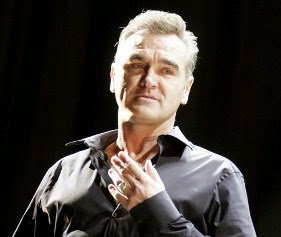 Our thoughts go out to Morrissey, as he has revealed that he has received a series of cancer treatments.

The announcement comes after the former Smiths singer cancelled part of a US tour when he was treated in hospital for a respiratory infection in June.

The 55-year-old musician told the Spanish newspaper El Mundo in a recent interview (via The Guardian): "I have had four cancer-scrapings, but so what. If I die, I die. If I don’t, then I don’t. As I sit here today, I feel very well."

Morrissey, who kicked off his latest European tour in Portugal Monday, added that while he has been affected by his illness, he promises to work hard nonetheless.

"I know I look quite bad on recent photographs," Morrissey wrote to El Mundo, "but I am afraid this is what illness does to the overall countenance. I will save relaxation for when I’m dead."

In this latest interview, Morrissey stated that he is “now at an age when I should no longer be making music … Many composers of classical music died at age 34. And I’m still here, and nobody knows what to do with me,” he said. The 55-year-old is currently finishing his debut novel, which he hopes to publish next year. “With luck I will be able to stop singing forever, which would make many people happy!”

He also scrapped 22 US concerts last year due to ill health. His other recent ailments have included pneumonia, an ulcer, the throat condition Barrett's oesophagus and anaemia.

Email ThisBlogThis!Share to TwitterShare to FacebookShare to Pinterest
Etiquetas: Morrissey 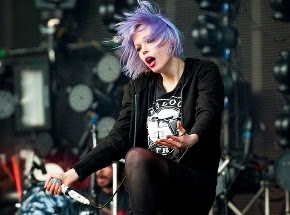 Experimental electronic duo Crystal Castles' vocalist Alice Glass, has announced that she is leaving the band due to 'personal and professional reasons'.

The duo formed in 2004 and released three albums, with Glass now departing to focus on her solo career.

"I am leaving Crystal Castles," she said on her Twitter. "My art and my self-expression in any form has always been an attempt towards sincerity, honesty, and empathy for others. For a multitude of reasons both professional and personal I no longer feel that this is possible within CC.

"Although this is the end of the band, I hope my fans will embrace me as a solo artist in the same way they have embraced Crystal Castles."


For a multitude of reasons both professional and personal I no longer feel that this is possible within CC.
— ALICE GLASS (@ALICEGLASS) October 8, 2014 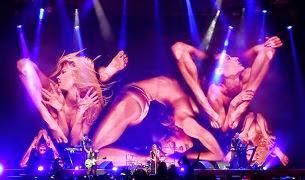 Depeche Mode have announced the global release of their CD/DVD Depeche Mode Live In Berlin for November 17th via Columbia Records.

It was filmed on location at the o2 World Berlin on November 25th and 27th, 2013 during the band’s extremely successful Delta Machine Tour which saw them play to over 2.4 million people in 32 countries. Depeche Mode was touring in support of their lauded 13th studio album, Delta Machine, which debuted at #1 in 12 countries worldwide in March 2013.

The CD/DVD will include not only performances of tracks from Delta Machine but also some of their most memorable and biggest hits including “Personal Jesus” and “Policy of Truth”. 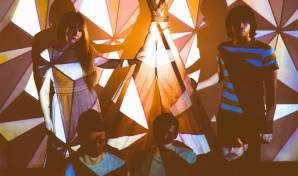 The song is taken from their upcoming EP 'Everything You Imagine Is Real' which will be out on November 4 via 3Beat Productions.

"In one large, arial tracking shot, the video uses an entire city to craft a massive light show." 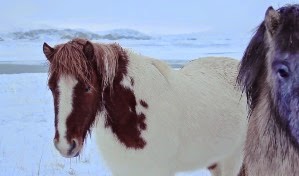 The song is part of our current playlist and is taken from their debut album 'Above The Tide', which came out on August 22. Get your copy here.

The video was shot in December last year in the Westfjords of Iceland. Take a look below. 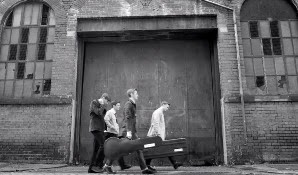 Sheffield indie rock band High Hazels have unveiled the video for their new single "Banging On My Door".

The song is part of our current playlist and is taken from their forthcoming self titled debut album, which will be out on Rocktober 27 through Heist Or Hit Records. Pre-order your copy here.

The video was directed by Libby Burke Wilde. Watch it below.