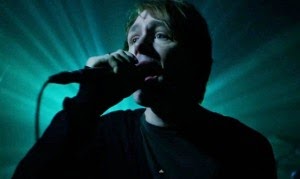 Danish dream-rockers Mew have unleashed the video for their newest single "Satellites".

The song is part of our current playlsit and is taken from the band's upcoming sixth studio album 'Plus Minus', set to be released on April 27 via Play It Again Sam. Pre-order your copy here.

The video was directed by Casper Balslev. Watch it below. 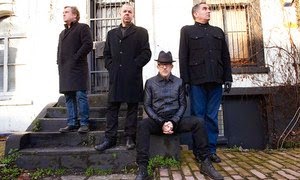 British post-punk band The Pop Group have shared the video for their newest single "Mad Truth".

The song is part of our current playlist and is is taken from their forthcoming LP 'Citizen Zombie', their first studio album in 35 years. Produced by the multi Grammy and Academy award winning producer Paul Epworth, the 11-track album will be released through Freaks R Us on February 23rd.  Pre-order your copy here.

The clip was directed by Italian director and actress Asia Argento, who said: "The track blew my mind: all the set-ups and symbols in the video are inspired on a subconscious level by the music and the lyrics. The kids that appear in the video have worked also in the last movie I directed, including my daughter Anna-Lou. Between us there is a deep bond of trust and freedom." 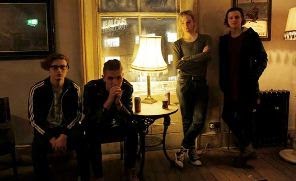 The song is the second track to be taken from their forthcoming 'EP I', which will be out on February 23 via 203 Recordings. Previously they have already shred the first single "Loveblood".

Pre-order the EP here, and have a listen to The Night below.

Watch: Carl Barat And The Jackals Drop Music Video For New Single "A Storm Is Coming" 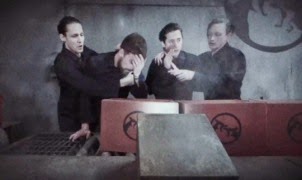 The Libertines, Carl Barat and his band The Jackals have dropped the video for their newest single "A Storm Is Coming".

The song is part of our current playlist, and is the second single taken from their forthcoming debut album 'Let It Reign', which will be released on February 16 via Cooking Vinyl Records. Pre-order your copy here.

The video was directed by long-term Libertines collaborator Roger Sargent. Watch the video and the tracklist for the album below.

New Entry: The Cribs Air New Single "Burning for No One" 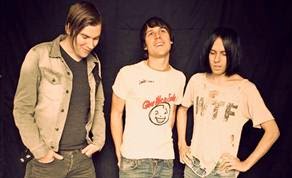 English indie rock band The Cribs have aired their brand new single "Burning for No One".

The sons is the lead single from the band's forthcoming sixth studio album 'For All My Sisters' (recorded in New York at the Magic Shop studios with producer Ric Ocasek), which will be released on March 23rd.

Pre-order the album here, and have a listen to "Burning for No One", below.

Email ThisBlogThis!Share to TwitterShare to FacebookShare to Pinterest
Etiquetas: Burning for No One, For All My Sisters, Indie Rock, new album, new single, Ric Ocasek, Sony RED, The Cribs 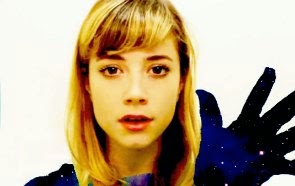 The song, produced by Abe Seiferth, is taken from her forthcoming EP 'Dreams Of Better Days', which will be out this week. 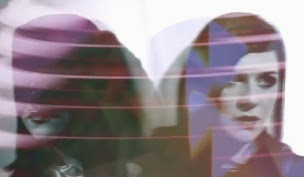 Paper Dollhouse, an exploration of warped, dream-like atmosphere and taught, noise-ingrained electronics, has evolved from the solo work of Astrud Steehouder into an expansive, cinematic project now with the collaboration of visual artist Nina Bosnic.

Recorded with a stronger focus on electronic processes and with a deeper, light-starved aesthetic, Aeonflower's emboldened use of crushed-noise dynamics takes the duo's debut 'A Box Painted Black' (released by Bird/Finders Keepers in 2011) frame into darker, murkier and more thrilling territory.

Check out the video for the album's first single, "Helios", below. It was directed by Patrick Stein. 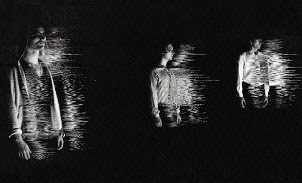 The song is part of our current playlist and is the first to be taken from their upcoming debut EP 'Afire Afire', which will be out in March.

The video was directed by Stéphane Hervé and James Murphy. Check out below.

Watch: Superfood Reveal Music Video For "You Can Believe" 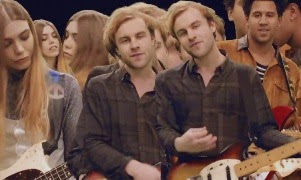 Birmingham indie rock four-piece Superfood have revealed a kaleidoscopic new video for their next single "You Can Believe".

The infectious song is part of our current playlist and is taken from their debut full-length 'Don't Say That', released in November last year through Infectious Music. Get the record here.

The video was directed by Zac Ella. Take a look below. 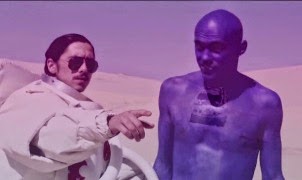 The song is part of our current playlist and is taken from their sophomore album 'Land Of Pleasure', released in August last year. Grab your copy here.

The video was shot by Paddy Cornwall. Watch it below.