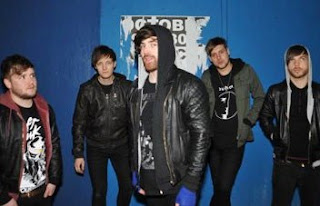 Minnaars is an Indie, Math Rock and Dance-Punk band based out of Leicester, England. The name Minnaars comes from the Dutch word meaning 'lovers'. This five-piece is formed by Neil Humphrey, Gavin Thorpe, Benjamin Cropley, Adam Pickering and original bassist Russell Haynes. Haynes then left to be replaced by Daniel Faulkner, childhood friend of Humphrey, who completed the line-up.
The band went on to perform on the BBC Introducing Stage at Reading and Leeds before doing a short European tour with the band Gallops. In October 2010 the band begun working with Strata Music Group and released an EP, entitled "Ideal & Error", that was readily available from January 2011, to coincide with a lengthy European tour and also as a footing into the UK market.
**Plus: Their songs 'Are Lovers' and 'Busy Hands' reached the Top 100 on Kool Rock Radio's BEST TRACKS OF 2010 chart.
Publicado por KOOL ROCK RADIO en Tuesday, March 01, 2011 No comments:

New Tribute Album To The Smiths 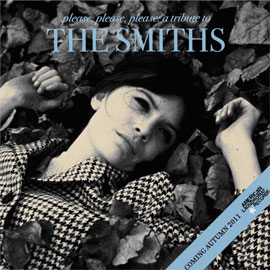 A new tribute album to The Smiths has been arranged featuring The Wedding Present and more.
American Laundromat Records have managed to secure a series of special cover versions by some modern acts. 'Please, Please, Please: A Tribute To The Smiths' is due to be released later this year, and contains a raft of guest appearances. Fellow Northern indie types The Wedding Present have agreed to take part, tackling the band's debut single 'Hand In Glove'.
Elsewhere, The Leisure Society cover 'That Joke Isn't Funny Anymore' while Katy Goodman - Vivian Girls, La Sera - also contributes. Joy Zipper cover the classic single 'What Difference Does It Make?' while Built To Spill singer Doug Martsch takes on the early album track 'Reel Around The Fountain'.
Available on CD, the tribute album opens with a version of 'London' by David Gedge's other group Cinerama. You can't help but feel that John Peel would have enjoyed listening to this album...
The tribute album will be adorned by a classic picture of Sandie Shaw. The Smiths frequently used 50s and 60s pop culture icons as their cover art, and backed Sandie Shaw on a rendition of 'Hand In Glove' in 1983.
American Laudromat lynchpin Joe Spadaro was delighted by the results of the compilation. "I’m a huge Smiths fan and have been planning a tribute for a few years now. Timing just never seemed right" he explained.
"Then late last year, for several weeks, everywhere I went, I heard The Smiths playing… at the mall, at restaurants, on my car radio. It was weird… I felt like the universe was telling me now was the time. I started reaching-out to artists in November and the response was overwhelmingly positive. This is going to be one of the best tributes we’ve ever produced."
The 'Please, Please, Please: A Tribute To The Smiths'  disc is now available for preorder from the label.
Tracklisting:

Dala / Last Night I Dreamt That Somebody Loved Me

Doug Martsch (Built To Spill) / Reel Around the Fountain

Elk City / I Know It's Over

Greg Laswell / Half A Person

Joy Zipper / What Difference Does It Make?

Kitten / track to be announced

Mike Viola / How Soon Is Now?

Sara Lov / track to be announced

The Wedding Present / Hand In Glove

Trespassers William / There Is A Light That Never Goes Out

The Drums Working On New Album

The Drums have confirmed they are currently working on a new album, and hope to have the record released this year.

The band’s frontman Jonathan Pierce explained in an interview how the recording process is closely linked to the formula which produced their successful debut.
“This year we’ll put something out. We’re writing and recording every day in New York. Currently recording in our kitchen so it’s a very home spun effort again,’ he said. “Right now its just guitar based, drums, vocals and I’ve bought this really old modular analogue synthesiser from Tokyo that we’re sort of implementing.”
The Drums were treated to a big build up towards the end of 2009 and into early 2010, featuring prominently on the BBC‘s annual Sound Of rundown, while KOOL ROCK RADIO included them in the top 10 of the Best New Bands of 2009.

The follow-up to their successful 2010 self-titled debut will be released later this year.
Publicado por KOOL ROCK RADIO en Tuesday, March 01, 2011 No comments: