Single of the Week May 6/13 - Climbing Boys "Symbolical Head" 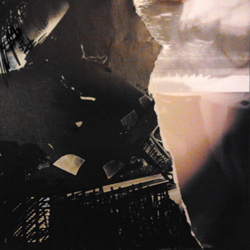 This week's Single of the Week on www.koolrockradio.com is "Symbolical Head" by post-punk band Climbing Boys, taken from their debut EP 'Take The Floor'.

This London foursome are relatively new, they formed in late 2012 and have just released their 5-track debut EP, plus they are our featured band this month, take a look HERE.

About the song, lead singer Tom Salo told us:

"Symbolical head is about a person suffering from a sad case of paranoia, desperately trying to face his innermost demons, applying the pseudo-science of phrenology where all else have failed."

You can purchase your copy of Climbing Boys debut EP 'Take The Floor' now on iTunes.
Publicado por KOOL ROCK RADIO en Sunday, May 05, 2013 No comments: