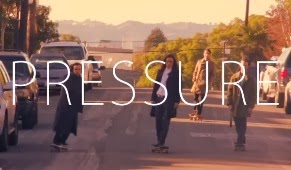 LA surf-pop/post-punk trio Corners have shared the video for their latest single "Pressure".

The infectious track is taken from the split 7" with fellow LA band Dirt Dress, available now through Lollipop Records. Get it here.

The video was directed by Johnny Maroney and features Nick Cedillo, Clementine Creevy and Steven Stellavato of Gangrene Gang. 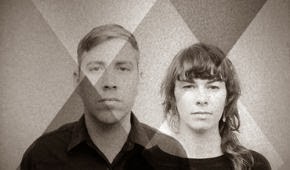 Canadian psych pop duo The Backhomes (aka Kees Dekker and Aimée Van Drimmelen) have aired the video for their new single "Talk".

The song is part of our current playlist and is taken from their recent 7" TALK b/w BACKWARDS SUNSHINE, released earlier this month (February 5). You can grab your copy through their Bandcamp page.

Take a look at the trippy visuals below.

Watch: Corbu Reveal Music Video For "We Are Sound" 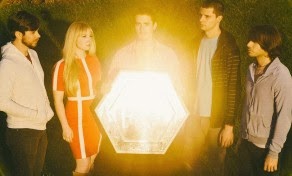 Brooklyn NY, based dream pop/psych/electronic band Corbu have revealed the official music video for their debut single "We Are Sound".

The song is part of our current playlist and is taken from their debut 5-track EP of the same name, released  2 weeks ago (February 9) via 3Beat Productions. Get your copy here.

The clip was directed by Abbey Drucker. Take a look below.

Watch: Kites With Lights Releases New Video For "Race To The Other Side" 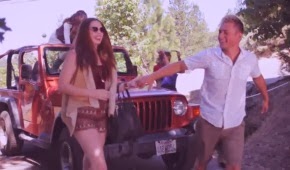 Kites With Lights, the dream pop/synth pop solo project of Pittsburgh, Pennsylvania born, Athens, Georgia based musician Jonah Cordy, has released a new video for the catchy track "Race To The Other Side".

The song is part of our current playlist and is taken from their 2013 single 'Holding Hearts', released through 24 Hour Service Station.

The video was directed by Jeffrey Prosser. Take a look below. 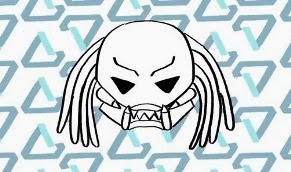 Sydney based indie pop band The Griswolds have unleashed the video for "Red Tuxedo".

The song is taken from the band's debut EP 'Heart OF A Lion', released in 2012 through Wind-up Records. They're currently working on their new album, with producer Tony Hoffer, who has previously worked with The Kooks, Phoenix, Temper Trap and M83.

The animated video was directed by NY director Kris Mercbelow, who explains: "My only goal with this piece was to make people smile and remember how it was to love when you where young, and to remember how bitter it was, but how sweet it was too. Cartoons, celebrities, icons, sex, anime, video games, money. Getting lost in that nostalgia really struck me. The escapism of it all. The cool shit we as a generation shared, I mean I fucking love Power Rangers. I still wish I was the Green Ranger till this day." 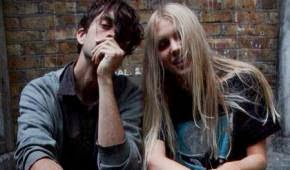 London-based duo Big Deal (aka Alice Costelloe and Kacey Underwood) have shared the video for their new single "Catch Up".

The song is part of our current playlist and is taken from their sophomore album 'June Gloom', released in June 2013 via Mute Records.

Previously, the band have already shared the clips for "In Your Car" and "Dream Machines".

The video was directed by Tambi Haron and Eric Pritchard. Watch it below.