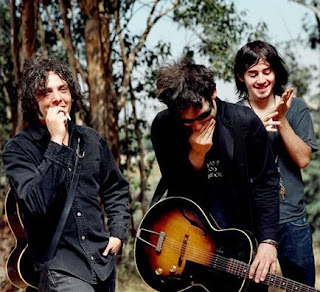 The as-yet-untitled album will be supported for a six-date tour of the UK, starting in Manchester on 24 March, and concluding in Leeds on 30 March.

In a statement about the album release, frontman Robert Been wrote:

"I would like to be the first to tell everyone who has been patiently waiting, that the new Black Rebel Motorcycle Club album is officially confirmed to be released in March 2013. This album has taken every last ounce of us to bring to life, and if it wasn't for you guys keeping us going, we don't know if it would've ever seen the light of day."

"It's going to be a joyful day indeed when we get to see you all again and share these songs with you. Peter, Leah and myself are dying to get out of this studio right now and back into the fight. It's taken us a long while getting back on our feet, but the time has come." He added.

BRMC are set to play the following shows: 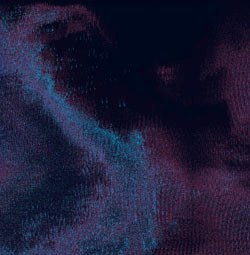 TOY have announced details of their new single 'Make it Mine', which will be released through Heavenly Recordings on Monday 10th December 2012.

'Make It Mine' is the fifth single from TOY and the fourth to be taken from their debut self-titled album.

The special limited edition 12" release is featured as part of a limited edition 4 track EP, and features another remix by their friend Richard Fearless (the same who made the Trans-Love Energies version of ‘Left Myself Behind’) – this time on album track "Drifting Deeper".

The single will also include two unreleased tracks: "Live Electronics" and "She's Over My Head".

The single will be a limited pressing of 300 on clear vinyl (Rough Trade exclusive) and another 300 on black vinyl.