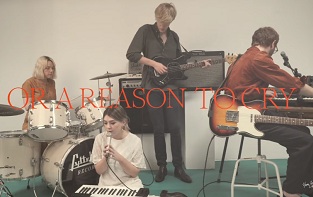 The song is taken from their forthcoming third studio album 'Truth or Consequences', set to be released on March 13th through Polyvinyl Records. Pre-order your copy here. 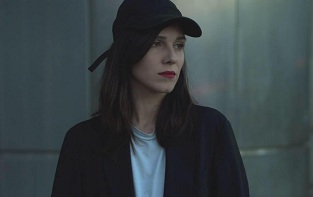 The song features on the 'Bongo Beats & Bankruptcy: The Sound of I'm a Cliché' compilation, set to be released on March 27 through I'm a Cliché. Pre-order it here.

Aesthetically coherent and simultaneously diverse in its expressions, Bongo Beats & Bankruptcy is a celebration of the label (and the label manager’s) quirks and eccentricities and a tongue-in-cheek snapshot that brilliantly captures the label’s DNA, featuring friends and allies along with newer faces on 13 exclusive tracks scattered over 3 LPs.

Whether they are downtempo, uptempo or ambient like Orestt's contribution, each tune on this compilation distills in its own idiosyncratic way I’m a Cliché’s essence: electronic music influenced by club culture but in no way constrained to the dancefloor. Ivan Smagghe & Marc Collin’s analog synth track by their acclaimed Volga Select project, June’s dreamy tune at the crossroads between wave and kraut influences, Coy’s mutant synth arpeggios, and an old-school wave cut by Oliver Decrow mixed by Dunkeltier are all tracks boldly standing on the dancefloor's margins.

For those looking for club-ready tracks that with I’m a Cliché’s one-of-a-kind atmosphere will surely find what they are after in an downtempo edit of Awkward Corners, a bouncy and melodic IDM not IDM number by Rouge Mécanique, a bleeps & pan-pipes affair by Benoît B, an esoteric dance-rock number with stated Lynch influences by Fantastic Twins, a freaky electro cut by Linja, a melancholic 707 driven banger by Krikor and finally an anxious and forward-thinking half-stepper by label head Cosmo Vitelli. 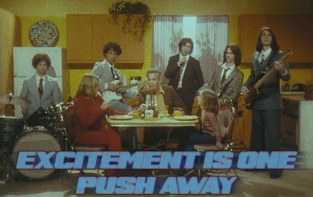 NYC rockers The Strokes have unleashed the video for their new single "Bad Decisions".

The snog is taken from their forthcoming sixth studio album 'The New Abnormal', which will be out on April 10, via Cult Records / Columbia. Pre-order your copy here.

The video was directed by Andrew Donoho. Check out below 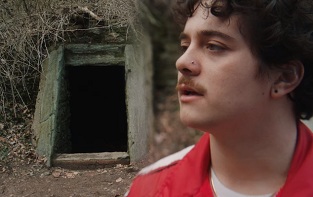 Philly-based indie rock band The Districts have dropped the video for their new single "Velour and Velcro".

The song is taken from their upcoming record 'You Know I’m Not Going Anywhere', set to arrive on March 13 via Fat Possum Records . Pre-order your copy here.

Band member Rob Grote, explains: “is about the elusive nature of bliss and how even when you’ve caught it, you know it may be fleeting.”

The video was directed by Jake Lazovick. Watch it below.

Email ThisBlogThis!Share to TwitterShare to FacebookShare to Pinterest
Etiquetas: Indie Rock, The Districts, Velour and Velcro, You Know I’m Not Going Anywhere 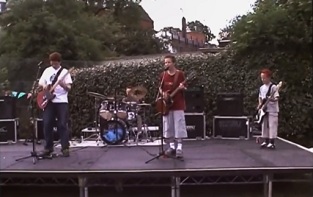 London indie rock/pop band  Bombay Bicycle Club have unveiled the video for their latest single "Is It Real".

The song is part of our current playlist and is taken from their recent album 'Everything Else Has Gone Wrong', released last month (17th January) through Caroline International/Island Records. Get your copy here.

Watch a clip for the song below.

Email ThisBlogThis!Share to TwitterShare to FacebookShare to Pinterest
Etiquetas: Bombay Bicycle Club, Everything Else Has Gone Wrong, Indie Rock, Is It Real 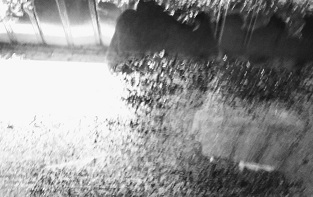 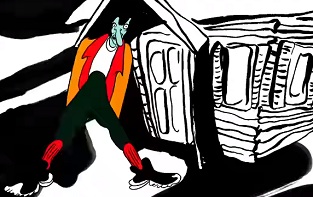 British singer/songwriter Archy Marshall aka King Krule has premiered the video for his new single "Cellular".

The animated video was directed by Jamie Wolfe. Watch it below. 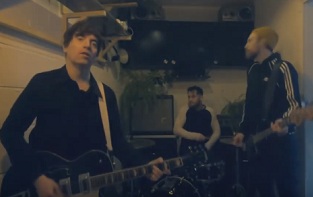 Birmingham post punk/indie rock band Victories at Sea have aired the video for their new single "Follow You".

The song is taken from the band's upcoming second studio album 'Everybody's Lost And All I Want Is To Leave', which will be released this Friday, February 21 via Gentlemen Recordings. Pre-order it here.

Email ThisBlogThis!Share to TwitterShare to FacebookShare to Pinterest
Etiquetas: Everybody's Lost And All I Want Is To Leave, Follow You, Indie Rock, Post Punk, Victories At Sea
Newer Posts Older Posts Home
Subscribe to: Posts (Atom)