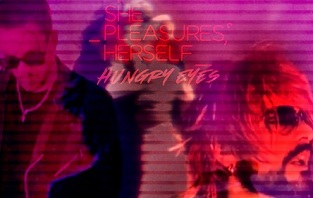 They have given the track a "dark twist that was always lurking beneath the surface". 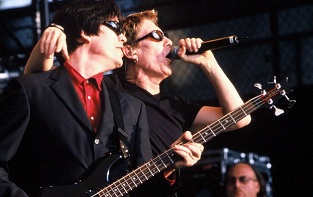 New Wave legends The Psychedelic Furs have dropped a lyric video for their new single “Come All Ye Faithful".

The song is taken from their forthcoming new album 'Made of Rain', which will be out on July 31 via Cooking Vinyl. Pre-order your copy here.

Email ThisBlogThis!Share to TwitterShare to FacebookShare to Pinterest
Etiquetas: Come All Ye Faithful, Made of Rain, New Wave, Post Punk, The Psychedelic Furs

Watch: I LIKE TRAINS Premiere New Single/Video "Dig In" 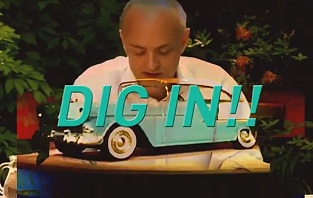 Leeds-based alternative rock trailblazers I LIKE TRAINS have premiered the video for their new single "Dig In".

The video was directed by Michael Connolly. Check out below.

Email ThisBlogThis!Share to TwitterShare to FacebookShare to Pinterest
Etiquetas: Alternative Rock, Dig In, I LIKE TRAINS, Kompromat

Watch: SPINN Reveal Music Video For "Stuck on a Feeling" 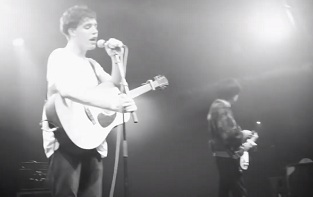 Liverpool indie pop/dream pop/jangle band SPINN have revealed the video for their latest single "Stuck on a Feeling".

The song is part of our current playlist and is out now. Get your copy here

Speaking about it, lead singer Johnny Quinn explains: “I've recently been struggling to get asleep a lot, which to be honest I'm kind of new to, so at first it was such a frustrating and anxiety inducing thing, that I felt I had to write about it. This song is like a prayer for sleep, although I think when you listen to it, you'll find the music itself has the opposite effect.”

The video, directed by Jack Dwyer was recorded at the final show of their headline tour at the O2 Academy in Liverpool last year as they wrapped up our first album campaign. "There was so much love in that room on that night and we’re really missing playing to you live. We feel that this video captures what the band and the experience we bring is all about." the band said. 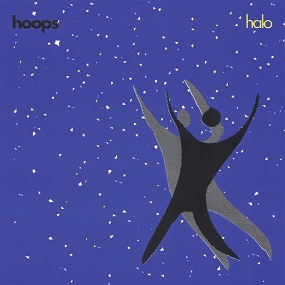 Bloomington, IN indie pop/lo-fi band Hoops have announced the released of their second studio album 'Halo'.

The follow-up to their 2017 full-length Routines, will be out October 2nd via Fat Possum Records, featuring their new single "Fall Back", a song about a long-distance relationship. Pre-order your copy here.

In July 2018, the trio, formed by Auscherman, Kevin Krauter and Keagan Beresford, announced they were taking an indefinite hiatus. They left it open-ended, but it felt permanent. And it felt like a relief. “I had to rediscover why I wanted to be in a band and make songs and perform,” says Keagan Beresford. “I had been having a lot of anxiety when I was onstage. I wasn’t even thinking about playing. I was just thinking about getting through the set without falling on my face. It’s crazy to think about all the shows we did where I wasn’t really present.”


In December 2019, Beresford called up his old friends to see how they felt about reviving the band: “I missed working with those guys. I’d been writing these songs and I thought we could do well together. They’re my best friends and my favorite collaborators, so I was happy they were so receptive to it.”

Just a few months later, they met up in Bloomington, Indiana, to record Halo at Russian Recording, the studio that had been home to L’il Bub (RIP). They invited their friend Ben Lumsdaine to produce. In addition to mixing and producing records for locals Amy O and Steve Marino, he had worked on Krauter’s solo albums and toured with him, and he immediately settled in as the fourth Hoop.

An album defined by musical exuberance, full of gratitude and generosity to counteract and compliment the deep undercurrents of melancholy coursing through every hook and riff, Halo sounds like a lively conversation among close friends, each song a high five, as they look for some stability in their lives and figure out what they owe themselves, each other, and everyone around them. Reaching this point nearly destroyed the band, but Auscherman, Beresford, and Krauter emerged stronger and closer for their time apart. “This record is a more honest representation of our influences and interests as musicians,” says Auscherman. “We’ve grown a lot in four years, as people and as listeners. We’re starting to sound more like ourselves.”

Check out the album's tracklist and listen to "Fall Back" below. 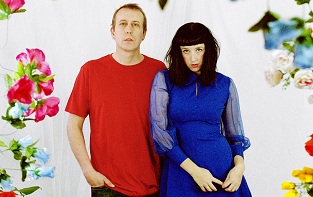 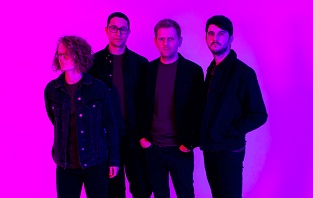 The song is part of our current playlist and is taken from their debut album 'A Vision In The Dark', out last Friday, June 19, via Libertino Records. Buy your copy here.