Bono: U2 Have To Do ‘Something Very Special’ With New Album 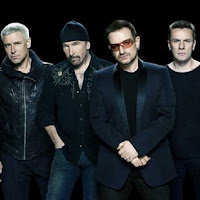 Bono has claimed that U2's latest recording sessions have been among the band's best ever.

In an interview with an Irish TV programme, the U2 frontman revealed that the band have had 'the best three weeks in the studio since 1979', as work begins on the follow-up to 2009's 'No Line On The Horizon' album.

Bono and his bandmates are well aware of the need to produce 'something very special' with their thirteenth studio effort.

"I think they are very aware that U2 have to do something very special to have a reason to exist right now," he said.