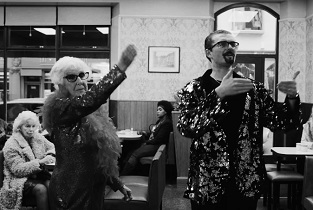 Leeds indie rock/punk band Yard Act have aired the video for their new single "Land Of The Blind".
The song is taken from their highly anticipated debut studio album 'The Overload', which will be out on January 21 2022 through Zen F.C./ Island. Pre-order your copy here.
From the band: Land of the Blind is a serious song with a serious meaning, and there felt no better way to represent that than through the medium of cinema, with me glueing on a fake goatee (sorry it ain't real) and donning a sequin jacket, performing bad magic tricks to an audience of hoodwinked bystanders in a cafe in Clitheroe... This is 7/10 satire even if it still feels a little on the nose to me. Enjoy babababa x
Watch/listen below. 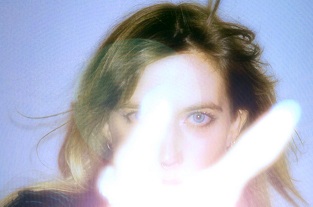 Denmark's rising, self-proclaimed sci-fi pop artist GRETA (aka Greta Schenk), has revealed full details of her forthcoming sophomore album 'Forever We'll Be Dancing'.
The 10-track album was recorded in Berlin with Norwegian artist and producer Farao and Ådne Meisfjord of the Norwegian rock band 120 Days, and will be out on February 4th 2022 through W.A.S Entertainment. Pre-order your copy here.
GRETA moves through a magical universe where transcendence and futurism merge with nostalgia and the familiar. Her lyrics are laden with existential reflections on the core of life, which she explores through the contrast of light and dark. Her sound reflects her love for 80s synths and grooves while also embracing futuristic sounds, which she seamlessly threads together with bright and airy vocals. By encapsulating those dichotomies, her music has the ability to evoke multiple emotions at once - listening to these tracks awakens both a melancholic nostalgia and hopeful euphoria all at once.
She draws on 90s dream trance artists like Robert Miles, 80s meditative new age artists like Clifford White, minimalist techno groups like Moderat, the lush synthpop soundscapes of I Break Horses, the dark wave sound of Boy Harsher as well as the more contemporary electro-pop sensibilities of Sassy 009 to create an exciting and fresh sound.
Speaking about new single, Greta says: "'Out of Mind’ was actually the first song I wrote on the album. It captures the feeling of losing your mind in a kind of absurd situation, where you feel trapped (to me this was lockdown). The feeling of losing track of time and just being forced to wait on life to happen. I wrote the song during this really absurd state of mind, which made it almost comic and that’s definitely showing in the appearance of the song. ‘Out of Mind’ is reflecting feelings of both longing and hoping for something else."
The album is centered around transitions and "great love", as reflected in 'Out of Mind'. GRETA continues: "At the time I wrote the album, I felt very artistically liberated, because the music has always been my escape and a light in the dark. During both the Corona lockdown and my husband’s illness, I felt a great love and connection, but also a longing for breaking away, being free, living life and wanting everything to go back to normal."
Check out the album's tracklist and listen to their new songs "Out Of Mind" and "Nicht Allein", below.
Forever We'll Be Dancing Tracklist:
01. Vibrant
02. Stranger
03. Nicht Allein
04. Wonder
05. Drei
06. Forever We'll Be Dancing
07. Bliss II
08. Will You Stay
09. Genug
10. Out of Mind 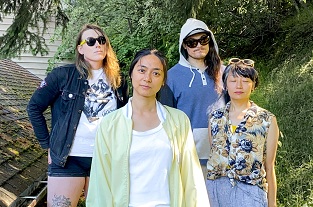 Halifax, NS-based punk-rock quartet Century Egg have premiered their new single "Moving On".
The song is out now through Forward Music Group and makes up the first half of a double A-side single release, the second of which will follow next month. Get it here.

Speaking about it, Century Egg says: "This is a song about trying to detach yourself from your past and let go of the trauma that holds you back from finally feeling better."
The two tracks carry a theme of dealing with depression and the general oppression faced in life while trying to find a way to persevere and push through.
Take a listen below. 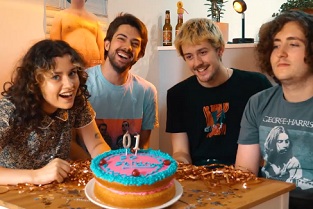 Manchester based shoegaze/dream pop/alt band Crush have unveiled the video for their new single "So Strange".
Speaking about it, singer/guitarist Amber Warren says: “It’s a dialogue in the first-person addressing anxiety in a cathartic defiance of the emotions that arise from it. A bulk of songs written since the pandemic began have been heavily influenced by DIIV, My Bloody Valentine and the Cocteau Twins, as well as artists such as Phoebe Bridgers,” she mentions, and adds Blur as one of the main inspirations for the band's new approach.
Get the single here and watch the video below. 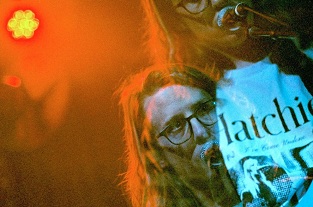 The song is out now b/w "Vertigo", get it here. 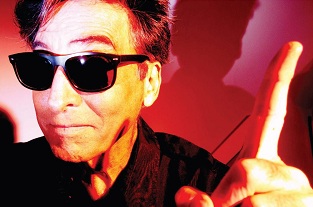 New York-based alternative/pop/post-punk musician and cultural satirist Les Techno has aired his new single "The Modern Twist".
The song is out now via Solid Bass Records. Get it here.

With a “Modern Twist”, Les Techno steps in a punkier, rap-influenced direction. The track is an up-tempo, old school hip hop beat pounded out with a drum, bass and guitar. Stabs of guitar and synth effects in the verses contrast with soaring guitar melody in the chorus with a Gilmor-esque guitar motif at the end. Its chock full of his lyrical style: social satire delivered like bullets from a machine gun.
Watch a lyric video below. 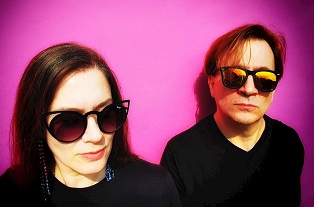 British synth pop electro duo Spray have dropped their new single "Hammered In An Airport".
The song is taken from their upcoming new album 'Ambiguous Poems About Death', which will be available on November 26 through Analogue Trash. Pre-order your copy here. 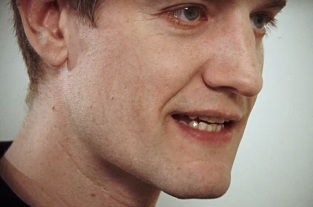 The song is part of our current playlist and is the title track of their debut studio album 'Container', released in March 2020. Get your copy here if you haven't already.
Watch the video below.