The is out today (April 30), and is a synth based 80’s Disco Pop track with a political and dystopian Orwellian message. Governments are becoming more totalitarian through the aid of media manipulation, subliminal messages and social media advertisements. Reardon Love’s mantra is to "champion the underdog, hail the outsider and liberate the falsely accused” and this single certainly backs that up.

Get it here and watch a lyric video below. 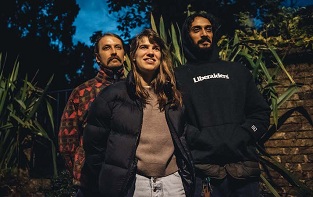 Russian dream pop/shoegaze band Pinkshinyultrablast have dropped their their epic and ethereal 15-minute single "Dance AM".

The story: With vocalist Lyubov moving to LA, the band were deeply immersed in exploring new ways of composing and collaborating from a distance long before it was enforced. They tells us that "this one is kind of an oddball.

I think when we recorded ‘Songs’ we weren’t really sure what to do with this 15-minute-long beast, or if we will ever get a chance to release it. For some reason, this B-side feels especially dear to all of us. Possibly because it encapsulates a certain time of us existing together as a band, a very specific moment. We’ve been living in different cities for over four years now, and I think what I miss the most about us all being in the same place is the ability to regularly spend time together in the same room, practice, and run ideas by one another — just communicate and figure stuff out, side by side. I went to a Terry Riley show last December and he was playing with his grandson Gyan. They were sitting on the opposite sides of a really wide stage, pretty far apart from one another, separated by this giant concert grand - playing, pausing, improvising - and just kind of secretly smiling at each other from across the hall. When I think of the time we worked on this song, I think of those kinds of smiles, you know. It feels like hearing back a long conversation you’ve had with a dear friend a while back. Maybe you don’t agree with everything you’ve said back then, but then it doesn’t even really matter, because you know you were just able to truly relate." 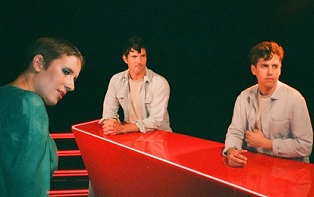 LA-based conceptual pop band YACHT have dropped their cover version of Dub Narcotic Sound System 2004 song "You Fuck Me Up".

The band's words: "This is a cover of "You Fuck Me Up," by Dub Narcotic Sound System, a lo-fi funk band named after the recording studio in Olympia, Washington, where many of our friends and extended Pacific Northwest community have recorded albums over the decades for K Records and various other satellite labels. The original vocal on this song is performed by the Olympia underground art-ward multi-instrumentalist staple Heather Dunn (Tiger Trap, Liarbird, Lois, Raincoats, The No-No's, Halo Benders, Dennis Driscoll) whose fantastic and loose performance taps into an undeniable, elemental horniness. It's very alive. "

"This music, and the larger constellation of music that constitutes its scene, has always represented, to us, the very fundamentals of punk. In its infinite capacity to miss the point, Pitchfork called this song "horrifically off-key" and "endlessly bad" back in the day.." 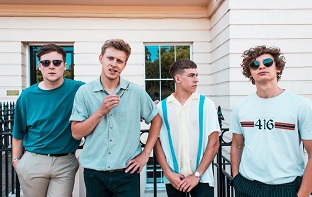 From the band: “we started writing this song around august last year during a writing session in wales. we were isolated and away from everyone and it felt good to get creative. fast forward to now, we’re in a different kind of isolation, but the music still resonates x.” 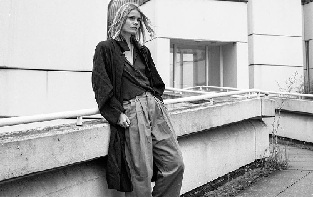 The song features on the Manchester label Orchid AM compilation 'Unity', out today (May 1).

Jennifer will release her long-awaited debut album ‘Behind the Wall’ on June 5th via FatCat Records. Pre-order your copy here. 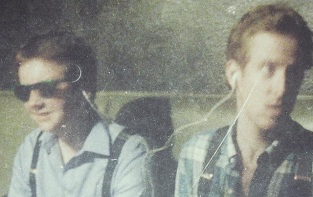 The song is taken from their latest release 'True Palms', out now. Grab it here. 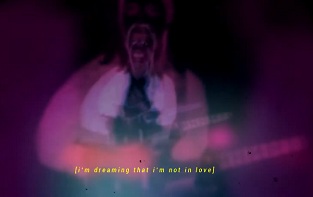 Swindon/Bristol indie pop band Stay Lunar have unveiled a lyric video for their latest single "Dreaming That I'm Not In Love".

The song is part of our current playlist and came out in March. Grab it here

The clip was filmed and edited by Tom Caton (synth/keys in the band). Watch below.

Email ThisBlogThis!Share to TwitterShare to FacebookShare to Pinterest
Etiquetas: Dreaming That I'm Not In Love, indie pop, Stay Lunar 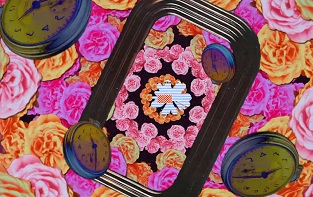 The song is taken from his brand new album 'A Tear In The Fabric', out today released (May 1) via Slumberland Records. Get your copy here.

Email ThisBlogThis!Share to TwitterShare to FacebookShare to Pinterest
Etiquetas: A Tear In The Fabric, Borderline, jangle pop, Power Pop 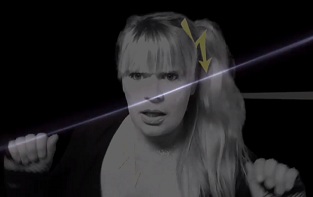 German minimal/synth wave/electronic  duo Mängelexemplar have shared the video for their latest single 'Non Plus Ultra'.

The song is part of our current playlist and is taken from their recent album 'Non Plus Ultra', released in March via Carisma Studios. Buy it here.

Los Angeles-based singer/multi-instrumentalist The Chain Gang of 1974 (aka Kamtin Mohager), has aired his new single "Philosophy Of Love".

The song is is taken from his new album 'Honey Moon Drips', which will be out in May 29th via FEVER LTD. Pre-order your copy here. 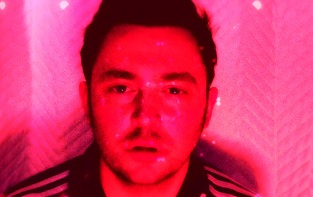 The song is taken from their upcoming new album 'A Different Port', set to be released on May 15th via Last Night From Glasgow Records. Get your copy here.

The video was made by Connaire McCann. Watch/listen below. 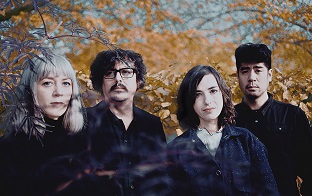 Liverpool electro-pop band Ladytron have dropped the HQFU Remix of their track "Deadzone".

The original version of the song features on  their sixth studio album 'Ladytron', which came out back in February this year via Ladytron Music and !K7.

Grab the remix here and stream it below. 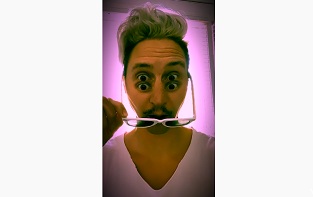 The song is part of our current playlist and came out last month.

The band's words: "made w IG/snap filters : we could write a novel about how plans change, things break, and everything slowed down, but it made us take a step back and think about what kind of joy we could be having while we wait. made this video with love for every late night IG + snap filter we could find. here’s our music video from our homes to yours." 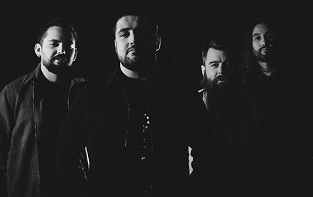 UK post punk/shoegaze band Sunstinger have unleashed the video for their new single "The Void".

From the band: "It's been a crazy few weeks in these strange times and looks like things may only get worse. Shimmer is a song about the pure freedom of youth and a clear state of mind. We hope we can take you back to that moment". 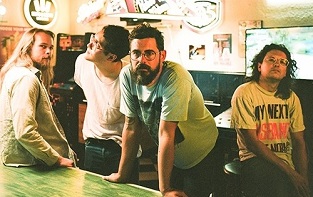 Austin, TX rock band White Denim have aired the video for their new single "I Don't Understand Rock and Roll".

The song is part of our current playlist and is taken from their upcoming new album 'World As A Waiting Room', out on May 8th, and written/recorded in 30 days under quarantine from March 18 - April 17, 2020. Pre-order your copy here. 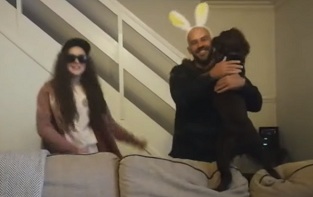 The song is part of our current playlist and is the b-side of their recent single 'A Modern Kind Of Blue', out now via Very Clever Records. Buy it here.

New Entry: Neils Children Air "The First Conversation That We Ever Had" 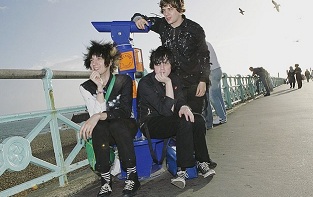 UK post punk/experimental rock/ psych punk band Neils Children have aired their brand new single "The First Conversation That We Ever Had".

The song was written and record by John and Brandon during lockdown, and mixed by Max Walker. Grab it here.

Email ThisBlogThis!Share to TwitterShare to FacebookShare to Pinterest
Etiquetas: Experimental Rock, Neils Children, Post Punk, Psych Punk, The First Conversation That We Ever Had 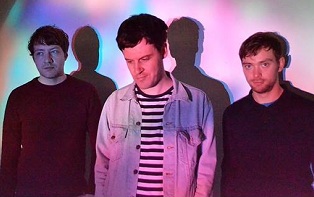 Th e song is out today and is the band's first new material in two years. Get it here.

The band's words: "When we put out the last record I assumed it was ⁣probably our last. Gradually I’ve come around to the idea that this band is still a ⁣thing, ten years in. Playing as a three piece again was a big part of that realisation. It’s ⁣been fun to work on these new songs with Davey and Gary and we look forward to ⁣sharing more with you soon. " The 10-track record was produced by Paul Tipler (Idlewild, Cable, LIINES, Placebo, Elastica) and will be out on July 10 via independent label Reckless. Pre-order your copy here.

The band first formed in the late ‘90s where they played The Astoria to Wembley and everything in-between before taking a break until 2015. Since their return they’ve been pushing the boundaries of their sound with several well-received singles, praise from the likes of God Is In The TV, Louder Than War, and Get In Her Ears, support from Steve Lamacq and John Kennedy as well as airplay at Absolute Radio, all topped off with a growing audience of fans.

Check out the album's tracklist and re-visit the video for their latest single "When The Lights Go Out", below. 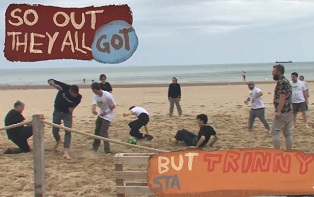 The song is taken from their forthcoming debut full-length 'Deep Down Happy', which is set to arrive on June 19 via Island Records. Pre-order your copy here. 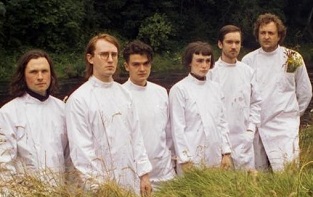 The song is taken from their upcoming new album 'The Menace Of Mechanical Music', out on June 12th via Clue Records, and  was produced by Matt Peel (Eagulls, Pulled Apart By Horses). Pre-order your copy here.

The band's words: "The song is at that kind of tempo which makes small dogs bob their heads gently. I once heard a story about how Steph Carpenter from Deftones used to run his riffs past his dog first before taking them in to Chino and the lads. Nice guy, and hey we’d all kill for a 9 string guitar wouldn’t we? Don’t lie."

"Sorry about that aside - this song sounds nothing like Deftones. It’s more like Yo La Tengo crashing a band practice by The Cure. maybe you’ll agree, but it’s ok if you have a different assessment. We’d probs love to hear it. Be nice tho ok." 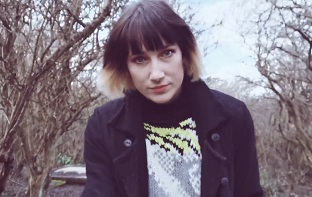 The song is out today (May 1st). Get it now from Bandcamp.

The band made the video walking around Newhaven, East Sussex "dreaming of escape from lockdown". Take a look below.