Death By Sexy, have unveiled their brand new video for "Sixteen", the band's debut single recently released by MainMan Recordings. The song is part of our regular rotation www.koolrockradio.com

The video was recorded at CIA Studios, London by Hush and edited by Michael Tempest.
Watch the video below. 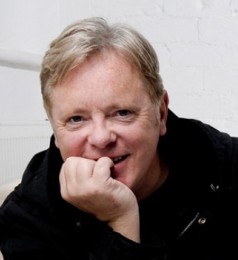 Bernard Sumner has confirmed New Order will begin working on new material for the new year.

The band reformed without Peter Hook last year initially for two benefit gigs, but have since embarked on a series of full UK tours and festival appearances during the course of 2012.

And now Sumner has told BBC the reunion will continue into 2013, when a new album is likely to join the party. "We finish touring at the end of October and then we've got November off," he said. "After Christmas, we’re going to have a meeting about writing some new stuff."