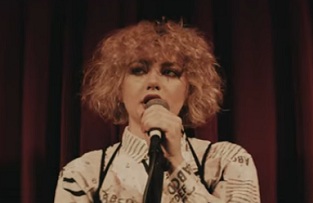 Halifax 20 year-old indie pop artist Ellur has released the video for her newest single "Moments".
The song is part of our current playlist and is taken from her EP of the same name 'Moments', which will be available this month through Dance to the Radio. Pre-order your copy here.
Ellur words: “I wrote Moments last winter after a breakup and it was this really sad, brooding ballad, but it really transformed when we took it to the studio. It became a sort of happier reflection on that relationship and the better times of it. The final section where I really go for it, is probably my favourite bit and the lines "But all the years I'd trade, for a second to stay, in this moment we made" are some of my favourite lyrics I've written.” 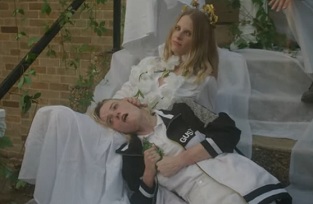 Brooklyn-based art-punk/post-punk quintet Gustaf have premiered the video for their new single "Best Behavior".
The song is taken from their upcoming debut studio album 'Audio Drag For Ego Slobs', which will be released on 1st October via Royal Mountain Records. Pre-order it here. 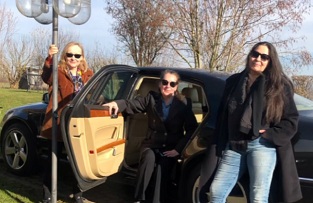 Swiss post punk band ONETWOTHREE have released the video for their brand new single "Perfect Illusions".
The song is taken from their forthcoming self-titled debut album, which will be available on October 15 through Kill Rock Stars. Pre-order your copy here.

ONETWOTHREE's first album doesn't have a name but that's just as it should be for a band that's deceptively simple, mysterious and yet somehow familiar. Three women bassists/singers from classic Swiss post-punk bands dot their insistent, minimal music with drum patters, synths, chants, commands and joyous wordplay with their sometimes cynical, sometimes sensual take on leisure and consumer culture. The group is appropriately DIY, self-contained and self-produced - their debut was written and played almost entirely by themselves. ONETWOTHREE's songs blend into a whole, creating a momentum and their own kinetic, strange reality which fun-house mirrors our own.
Watch/listen below. 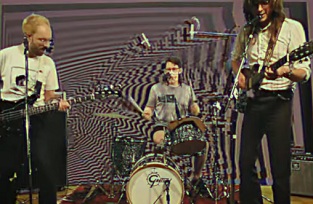 Toronto-based motorik jangle-pop trio Motorists have released the video for their new single "Surrounded".
The song is taken from their upcoming debut studio album 'Surrounded', which will be available on September 3 through We Are Time/Bobo Integral/Debt Offensive. Pre-order your copy here.
"Surrounded" arrives with another visual installment created by Craig Fahner and Michelle Lemay, mirroring the aesthetic of earlier singles to draw on the German TV show, Beat Club. The single provides another fervent display of the band's penchant for pop melody and nose-diving guitar riffs.
Thematically, it captures the band’s collective feeling at the start of the COVID lockdown. The song’s narrator, increasingly fed up with the trappings of their surroundings, hops from place to place in an effort to get away from it all. But where on Earth do you go when you feel like there’s “too much water” and “too much land”? “It’s about the impossibility of being alone with one’s self,” guitarist/singer, Craig Fahner says, “since we ultimately construct ourselves within a phenomenological bubble full of some stuff we have chosen and some stuff we have no control over.” Eventually, the narrator ends up back where they started, but the journey comes with a realization that removing yourself from your frustrations only leaves you less equipped to deal with them when hiding is no longer an option. 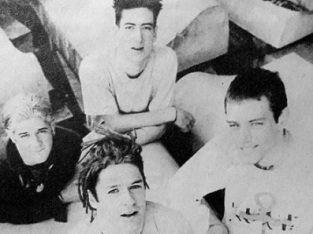 Irish indie rock/dream pop band Emperor of Ice Cream have dropped the video for their new single "Weather Vane".
The song is out today (August 24) via Fifa Records, and was mixed/produced by Graham Finn, and  mastered by Tom Volpicelli (The Who, Iggy Pop, The Alarm, Pat Benatar, The Bloodhound Gang). Get it here.
With 'Weather Vane', the band captures the zeitgeist of this isolationist day in age, where social relations can be somewhat strained. Moods, motives and expectations can sometimes make us feel like we are caught up in a tornado of emotions when a relationship hits a rocky patch. This song is about the hope that remains even when things are falling apart.
Stream it below. 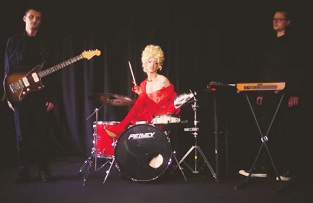 The song is taken from their upcoming second studio album 'Vanities', which will be out on 3rd September via Melodic Records. Pre-order your copy here

Miles Kane Announces New LP 'Change The Show', Stream "Don’t Let It Get You Down" 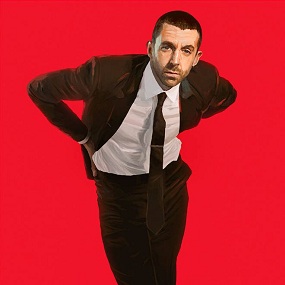 British indie rocker Miles Kane has announced the release of his fourth solo album 'Change The Show'.
The follow-up to 2018's Coup De Grace, will be out on 21st January 2022 via BMG. Pre-order it here.
Following a chance “no frills session” with psych-rock duo sunglasses for jaws at the band’s hackney studio, miles’  new album really began to take shape. “I saw myself in their energy, but also their taste and their knowledge of music,” miles explains. “It was the first time i’d felt old!”
Opening with the honest soft croon of ‘Tears Are Falling’, the album is a joyous ride from start to finish and features a surprising, but spectacular appearance from grammy-nominated singer corinne bailey rae for a duet on ‘Nothing’s Ever Gonna Be Good Enough’. It’s an album that best represents miles himself: charmingly authentic, and like nothing else you'll hear in pop music today.
“This album was born out of an intense period of self-reflection; having all this unexpected time on my hands,” miles said of the last 18 months. “I wrote songs about big highs, big lows, daydreams, true friends and deep feelings. i learnt to let the future unfold of its own accord, while staying true to myself and that has led to what feels to me like a really uplifting album!”
A record for fans both new and old, change the show is the miles kane album we’ve all been waiting for. The apotheosis of his previous works, incorporating those classic rock and glam influences, but focusing more closely on motown, soul, and fifties R&B.
Check out the album's tracklist and watch the video for his new single "Don’t Let It Get You Down", below.
Change The Show Tracklist:
01. Tears Are Falling
02. Don’t Let It Get You Down
03. Nothing’s Ever Gonna Be Good Enough’ (Feat. Corinne Bailey Rae)
04. See Ya When I See Ya
05. Never Get Tired of Dancing
06. Tell Me What You’re Feeling
07. Coming Of Age
08. Change The Show
09. Constantly
10. Caroline
11. Adios Ta-ra Ta-ra

Watch: DMA'S Share Music Video For "We Are Midnight" 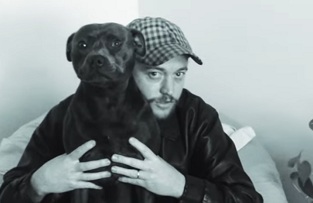 Aussie jangle pop/indie rock trio DMA'S have shared the video for their newest single "We Are Midnight".

The song is taken from their brand new EP 'I Love You Unconditionally, Sure Am Going To Miss You', released last Friday (August 20). Get it here.
‘We Are Midnight’ captures the atmosphere of hitting the open road, its distorted layers of shoegaze guitar and immediately anthemic hook echoing their love of the British indie scene.
The video was directed by Rik Saunders & edited by Mclean Stephenson. Rushes were taken from footage the band had shot themselves including L.A recording sessions, their NRL grand final performance in Brisbane and this current EP recording session at Milkman Studios.