Watch: David Bowie Unveils Video For "The Stars (Are Out Tonight)"

David Bowie has unveiled the video for his new single "The Stars (Are Out Tonight)".

The song is available now on iTunes and will be the A-side of an exclusive Record Store Day single on April 20. It is the third track on Bowie's forthcoming new album 'The Next Day', which will be out on March 12th via Columbia Records.

The video, directed by Floria Sigismondi, stars Bowie and Tilda Swinton as a married couple whose lives are disturbed by a celebrity couple. Watch it below.

Yeah Yeah Yeahs have unveiled the audio for "Sacrilege" the first taste of their upcoming album 'Mosquito'.

The trio's fourth album will hit the stores on April 16th via Interscope Records. It was recorded in New York alongside TV on the Radio's Dave Sitek, who previously helmed 2009′s It’s Blitz!. LCD Soundsystem's James Murphy also produced a track (!). 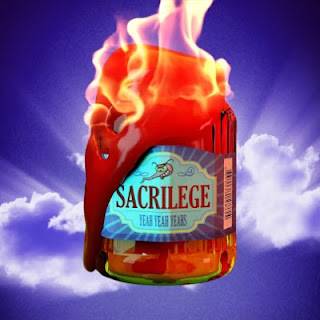 London based five piece, SULK have shared the video for their single "Flowers", set to be released on April 1st through Perfect Sound Forever.

The song is taken from their upcoming debut album and was Single of the Week on Kool Rock Radio in November 11, 2012, of course is still part of our current playlist.

The video was directed by Kell Mitchell. Watch it below.

Peace have unveiled a video for the re-release of their debut single "Follow Baby". The song is par of our current playlist www.koolrockradio.com.

The track follows the release of single 'Wraith' and 'EP,Delicious',  and is taken from their forthcoming debut  album 'In Love' out on March 25 through Columbia Records.

The video was directed by RobRob. Watch it below. 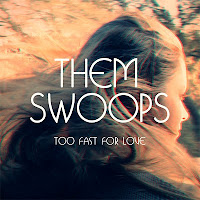 This week's Single of the Week on www.koolrockradio.com is "Too Fast For Love", the new single by Australian indie pop outfit Them Swoops, out now through +1 Records.

Formed by Dave McGann and Chris Goff, Them Swoops have just finished recording their debut EP titled 'Glimmers', which was recorded by the band themselves in Melbourne and mixed by Mark Needham (The Killers, Imagine Dragons, Youngblood Hawke) in Los Angeles.  'Glimmers' will be out soon.

"Too Fast For Love" is the band's second single officially released, their debut single "Work Around It" came out last year and it's still part of our current playlist. In their own words, "Too Fast For Love it’s an upbeat pop song for a lovesick lover."