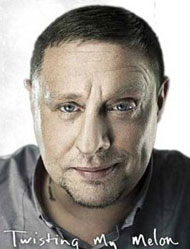 The legendary Happy Mondays' frontman Shaun Ryder, has declared that he had to ask his friends for help writing his autobiography - because he couldn't remember anything between the years 1990 – 2006.

Shaun, who spent more than 10 years fighting addictions to heroin and crack cocaine, told the Daily Star: "The memories stop in 1990 and restart in 2006. Writing it did take a lot of time but we got it all right in the end.

"Of course I never wrote a diary on the road so I had to look at old copies of magazines and newspapers and sort out what was what." “I was out of it, so had to talk to a lot of my mates who were with me at the time and ask what they remember. But the book is very truthful.”