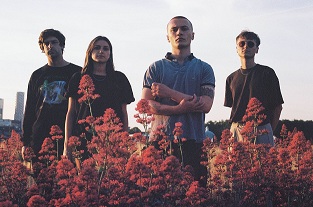 London post punk/new wave band Talk Show have aired their new single "Underworld".
The song, produced by Joe Goddard (Hot Chip) and Al Doyle (Hot Chip/LCD Soundsystem) sees the band continue to push themselves socially and artistically, and is taken from upcoming new EP 'Touch The Ground', also produced by Joe Goddard and Al Doyle, which will see its release in 2022.
Underworld thrums with late-night intensity, electronic squalls, pursuing a violent tension and release to its conclusion. Lead singer and guitarist Harrison Swann comments on the single:
"This was the first of the ‘new batch’ we started with. It’s our own 'Born Slippy'. Finding a groove and locking into it collectively really shaped the way we approached the other tracks. Rhythm first. Vocals and guitars second. Stemming from the thumping techno drum beat and lots of noisy rhythms, this track’s a high energy intro to the new EP and a statement of intent.
Working with Joe and Al was a dream and really helped to achieve the sounds and ideas we had in our heads, that we were probably pretty bad at articulating. For us it was fundamentally about stretching the Talk Show sound and seeing where we could go. I think their “anything goes” approach certainly helped our confidence grow in terms of experimenting with sounds, arrangements and mixes, not once would they say that trying anything was a bad idea, or that it might not work, it was a case of going for, seeing what happened when that particular instrument or thing was in our hands, and seeing if we could make something work for that track, and in most cases it did! Don’t get me wrong it’s still gonna sound like us, we’ve not sacked off guitars and cracked out the glockenspiels. It just sounds like a better version of us. We worked harder than we ever have done before and that’s made a big difference.”
Take a listen below. 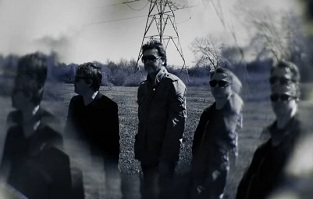 Welsh rock trio Manic Street Preachers have released the Gwenno Remix of their song "Orwellian".
The original version is taken from their 14th studio album 'The Ultra Vivid Lament', released earlier this month (3rd September) via Columbia/Sony. Get your copy here. 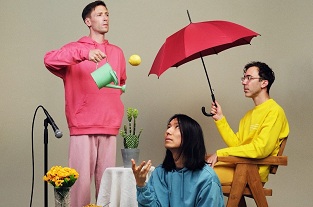 The song is taken from their upcoming EP of the same name, produced by Joe Goddard and Al Doyle (Hot Chip) and released on 5th November. Pre-order it here.

‘Sweet Morning’ - spans from a melody summoned in a half awake state; “Summer 2020 I was lying on a beach in Italy half asleep when I rolled over and sung the melody for this song into my voice recorder. Then I rolled back over and forgot about it. Back in London I went through my voice notes and found this kind of mumbling with the sound of waves in the background..”
The track combines glistening, pulsing electronics with an irresistible pop hook. “Somehow it’s got an uplifting vibe while also being kind of melancholy,” says Sanders. “Something I can’t seem to stop doing. The lyrics deal with common human desires - the need to be loved, to have fun, to be free. I love writing lyrics that everyone on earth can relate to, regardless of age, gender or race.”.
Take a listen below. 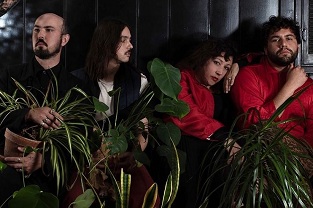 The song is taken from their new album 'War Garden', out this Friday (September 17). Get your copy here. 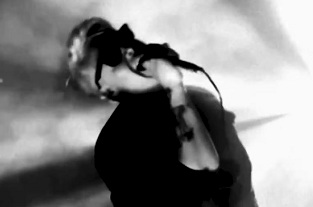 Vancouver, BC post punk/cold wave/goth band SPECTRES have premiered the video for their newest single "Tell Me".
The song is taken from their upcoming new studio album 'Hindsight', set to be released on on November 5 via Toronto-based Artoffact Records, featuring . Pre-order your copy here.
Watch the video below.

New Entry: The Coathangers Drop "One Way Or Another" (Blondie cover) 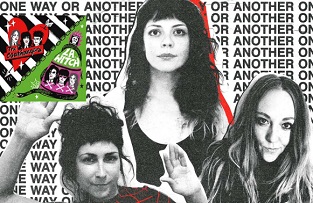 Atlanta punk trio The Coathangers have dropped their cover version of Blondie's classic "One Way Or Another".

The 'One Way or the Highway' split 7" with L.A. WITCH out November 19 via Suicide Squeeze Records. Buy it here.
The Coathangers do their spin on Blondie’s “One Way Or Another,” employing their trademark sweet-and-salty combination of scrappy punk and twee pop to highlight the song’s spikey riffage and gritty soul while retaining its beguiling hooks. L.A. Witch take on The Gun Club’s smoky punk blues with an exhilarating rendition of “Ghost on the Highway.”

Email ThisBlogThis!Share to TwitterShare to FacebookShare to Pinterest
Etiquetas: Punk, The Coathangers 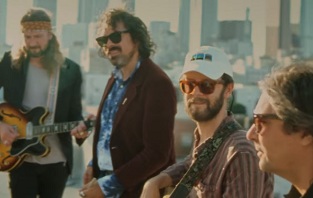 Philadelphia indie outfit The War On Drugs have unveiled the video for their catchy new single "I Don't Live Here Anymore (feat. Lucius)".

The song, co-produced by Shawn Everett and The War On Drugs leader Adam Granduciel, is taken from their upcoming new album 'I Don't Live Here Anymore', their first studio in four years which will be out on October 29. Pre-order your copy here.

Email ThisBlogThis!Share to TwitterShare to FacebookShare to Pinterest
Etiquetas: indie pop, The War On Drugs 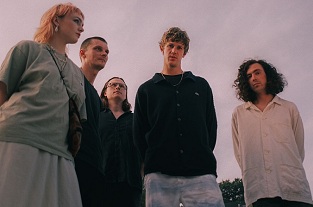 The song is taken from their upcoming second studio album 'Vanities', which will be out on October 8th via Melodic Records. Pre-order your copy here 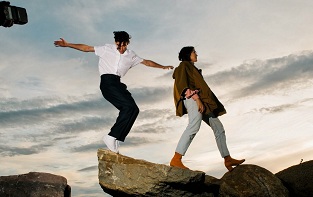 London alt/disco/punk funk/pop band Stats have aired their new single "All I Wanna Do Is Please Please Please".
The song features on the Deluxe Edition of their latest album 'Powys 1999', including new songs, sessions, remixes and some special rarities, set to arrive on November 19 via Memphis Industries. Pre-order your copy here. 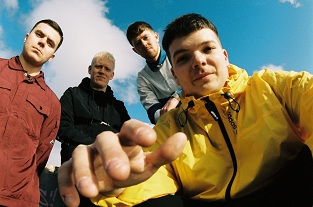 The song is out today (September 15). Get it here.

The video was directed by Lewis Cater. Watch below. 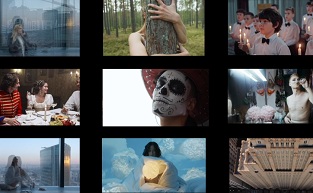 UK indie/alt band Sea Power, formerly known as British Sea Power, have dropped the video for their latest single “Two Fingers”.
The song is taken from their forthcoming new album 'Everything Was Forever', set to be released on February 11, 2022 via the band’s own label Golden Chariot. Pre-order your copy here.
Speaking about it, Yan said: “The song is part inspired by our late dad. He was always giving a two-fingered salute to people on the telly—a kind of old-fashioned drinking term, toasting people or events: ‘I’ll drink two fingers to that,’ to some news item or to memories of a childhood friend. In the song it’s a toast to everyone, remembering those in our lives and those sadly no longer here and to making the world a better place. The song is ‘F*** me, f*** you, f*** everything.’ But it’s also ‘Love me, love you, love everything’—exultation in the darkness. If you say ‘f*** you’ in the right way, it really can be cathartic, a new start.”
Watch the video below. 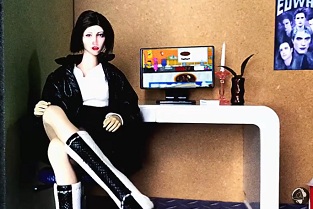 Chicago garage punk duo The Lipschitz have revealed the video for their latest single "cutlet".
The song is part of our current playlist and is taken from their album 'Chevron', which came out in July through Company Businesses Inc™. Get your copy here.