Morrissey's Favourite Albums of All Time 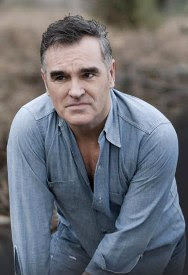 Morrissey has chosen his favourite albums, featuring some surprise selections.
After his recent collection of B-sides and rarities and currently without a label, the singer is collaborating with his former home of EMI to release a revised version of 'Bona Drag'. The 1990 collection will be complimented by a re-issued 'Everyday Is Like Sunday' - and evergreen single taken from the singer's solo debut LP 'Viva Hate'.

Enjoyning some free time, Morrissey has revealed his Top 13 albums of all time. Writing for a magazine, the singer revealed some of the albums which make him tick, including classics alongside lesser known works.